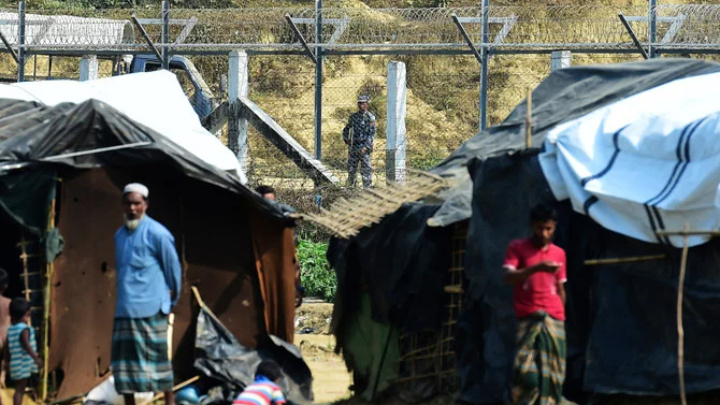 A series of violent incidents near the Bangladesh-Myanmar border has turned deadly with at least one Rohingya teenager killed, as Dhaka summoned Myanmar’s ambassador on Sunday amid rising security concerns.

Although Bangladesh is not a signatory to the 1951 UN Refugee Convention, the country has been hosting and providing humanitarian support to 1.2 million Rohingya people, most of whom fled neighboring Myanmar during a military crackdown in 2017.

A majority of the refugees live in Cox’s Bazar district in southeastern Bangladesh, but around 5,000 people have been staying in a makeshift camp on a strip dubbed no-man’s land on the Bangladesh-Myanmar border, also known as Zero Point.

The teenager was killed on Friday night, Bangladeshi officials said, making it the first recorded fatality in Bangladesh following a series of violent incidents over the last month that have involved mortar shells being fired from Myanmar.

“We have sent a strong protest over the latest situation in the border areas. Measures have been taken on the diplomatic front also to send strong protest in this regard.”

Rahman said border guards in Myanmar were carrying out an investigation to find out the source of the shells.

“We know that fights are going on there against the separatist groups,” Rahman added. “Now it’s their responsibility to get information about that and to take care of it.”

Naypyidaw’s envoy to Dhaka has so far been summoned four times in recent weeks over the border incidents, which have stoked fear among the Rohingya in the area.

“We are all in a frightening situation,” Dil Mohammed, a Rohingya leader in no-man’s land, told Arab News.

He said the sound of mortar shells exploding had occurred regularly, adding that the incident on Friday had also injured at least five people from his community. “Now we are afraid that the situation may get worse at any moment.”

Salma Ferdous, the administrative head of Naikhongchari region near the Bangladesh-Myanmar border, described the situation as tense.

“People are panicking over there and afraid of leaving their homes due to the mortar shelling from the other side of the border,” she said.

For years, the Rohingyas have been caught in the crossfire between Myanmar’s military and the Arakan Army, an armed group fighting for self-determination for ethnic minorities in Rakhine state.

Though an informal ceasefire was introduced in late 2020 after intense fighting that began in 2018, the International Crisis Group warned in June that “rising tensions” between the two parties “may lead to renewed combat.”

Retired air commodore and security analyst Ishfaq Ilahi Choudhury, who is based in Dhaka, told Arab News: “We are naturally worried.”

He said there was potential for more conflict that could pose “a threat to Bangladesh” unless the international community “urges the Myanmar government to ensure a peaceful situation inside their border and also ensure the rights of the smaller minorities.”

Choudhury pointed out that Dhaka must not only strengthen its border security but make a show of forces, such as conducting exercises close to the border.

“We can show that beside diplomatic efforts we are also worried about our security,” he added.

The conflict near the border and the Rohingya people caught at its midst is an “old problem” that has been ongoing for a long time, retired major general and security analyst, Helal Morshed Khan, told Arab News.

“The Rohingya people are depressed, they are suppressed, they are deprived by the overall policy created by the Myanmar government,” Khan said. “As a result, just like anywhere else, suppressed people fight it out, and they do have their own armed group.”

Khan noted that any solution for the situation must consider their depression and suppression, adding that the possibility of the fighting escalating near the border would depend on the “Rohingya freedom fighters.”

“What support are they getting from other countries? To what extent and to what level of fighting they can develop, and the degree of insurgency?” he said. “Nobody can predict today what is going to happen.”