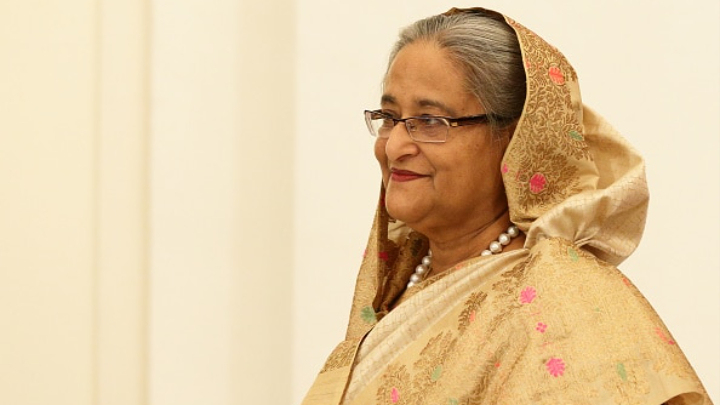 King Charles and his wife Queen Camilla hosted the reception for the presidents, prime ministers and monarchs from around the world.

Hasina was accompanied by her younger sister Sheikh Rehana.

Around 500 guests attended the reception.

New King Charles, joined by Queen Consort Camilla, hosted world leaders, foreign royals and dignitaries who have travelled to Britain for the state funeral on Monday.

Bangladesh High Commissioner to the UK Saida Muna Tasneem while briefing the reporters said that the premier had a long parley with the new King and the Queen Consort.

She said that they remembered the late Queen Elizabeth.

Muna said, the prime minister said that Queen Elizabeth was not only the mother of the new King Charles, she was also a mother-like figure to her.

Muna said the King and the Queen Consort both expressed regrets  that their scheduled visit to Bangladesh in October has to be postponed.

The high commissioner quoted Camilla as saying that she had a plan to visit Sylhet and the Sundarbans.

She said that Bangladesh prime minister exchanged greetings with her counterparts of the UK, Canada and New Zealand, Queen of the Netherlands, Presidents of India and Nepal, and other world leaders.

Earlier on Sunday morning, Hasina along with her younger sister Rehana went to the Palace of Westminster to pay their last respect to the late Queen where the body of Elizabeth II was kept in the lying-in-state.

Hasina arrived in London on an official visit to the United Kingdom on September 15 to attend the funeral of Queen Elizabeth II.