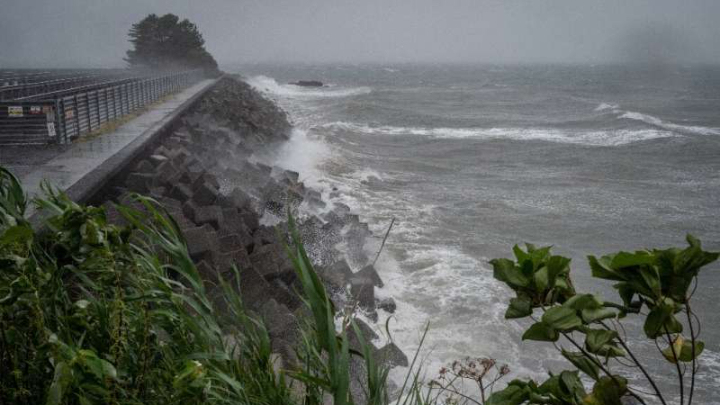 Typhoon Nanmadol made landfall in southwestern Japan on Sunday night, as authorities urged millions of people to take shelter from the powerful storm's high winds and torrential rain.

The storm officially made landfall around 7 pm local time (1000 GMT) as its eyewall arrived near Kagoshima city, the Japan Meteorological Agency (JMA) said.

It was packing gusts of up to 234 kilometres (146 miles) per hour and had already dumped up to 500 mm of rain in less than 24 hours on parts of southwestern Kyushu region.

At least 20,000 people were spending the night in shelters in Kyushu's Kagoshima and Miyazaki prefectures, where the JMA has issued a rare "special warning"—an alert that is issued only when it forecasts conditions seen once in several decades.

National broadcaster NHK, which collates information from local authorities, said more than seven million people had been told to move to shelters or take refuge in sturdy buildings to ride out the storm.

The evacuation warnings are not mandatory, and authorities have at times struggled to convince people to move to shelters before extreme weather.

They sought to drive home their concerns about the weather system throughout the weekend.

"Please stay away from dangerous places, and please evacuate if you feel even the slightest hint of danger," Prime Minister Fumio Kishida tweeted after convening a government meeting on the storm.

"It will be dangerous to evacuate at night. Please move to safety while it's still light outside." 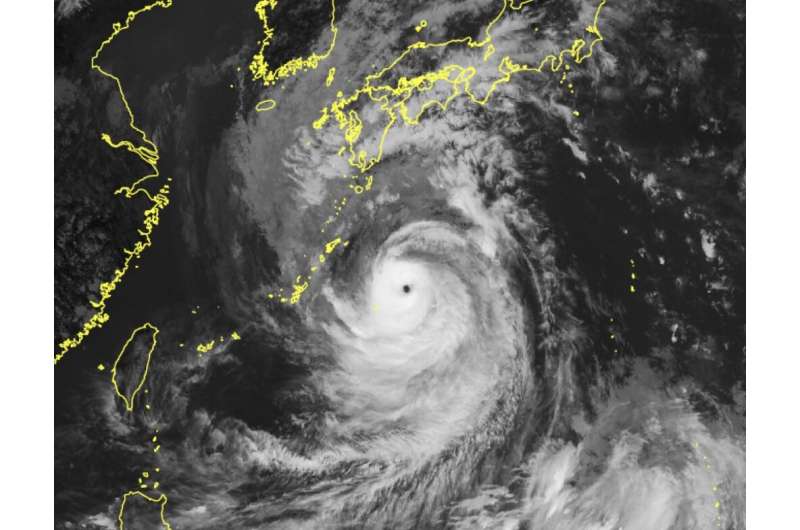 Typhoon Nanmadol is expected to make landfall in southern Japan before turning northeast and moving up through the rest of the country.

The JMA has warned the region could face "unprecedented" danger from high winds, storm surges and torrential rain and called the storm "very dangerous."

"Areas affected by the storm are seeing the sort of rain that has never been experienced before," Hiro Kato, the head of the Weather Monitoring and Warning Centre, told reporters Sunday.

"Especially in areas under landslide warnings, it is extremely probable that some kinds of landslides are already happening."

He urged "maximum caution even in areas where disasters do not usually happen."

By Sunday evening, utility companies said nearly 200,000 homes across the region were without power.

Trains, flights and ferry runs were cancelled until the passage of the storm, and even some convenience stores—generally open all hours and considered a lifeline in disasters—were shutting their doors.

"The southern part of the Kyushu region may see the sort of violent wind, high waves and high tides that have never been experienced before," the JMA said Sunday, urging residents to exercise "the highest caution possible".

On the ground, an official in Kagoshima's Izumi city said conditions were deteriorating rapidly by Sunday afternoon. 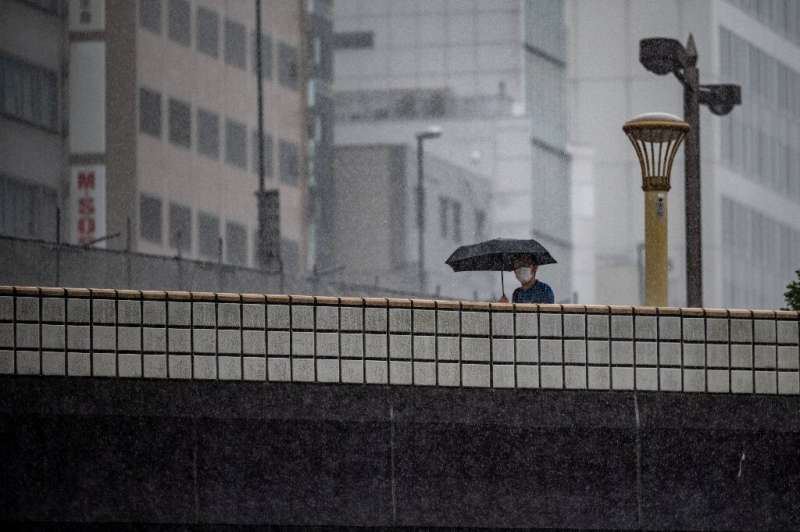 Japan is currently in its annual typhoon season.

"The wind has become extremely strong. Rain is falling hard too," he told AFP. "It's a total white-out outside. Visibility is almost zero."

In Kyushu's Minamata city, fishing boats tied up for safety bobbed on the waves, as spray from the sea and bands of rain sluiced the boardwalk.

The storm, which has weakened slightly as it approached land, is expected to turn northeast and sweep up across Japan's main island through early Wednesday.

Japan is currently in typhoon season and faces around 20 such storms a year, routinely seeing heavy rains that cause landslides or flash floods.

In 2019, Typhoon Hagibis smashed into Japan as it hosted the Rugby World Cup, claiming the lives of more than 100 people.

And in 2018, floods and landslides killed more than 200 people in western Japan during the country's annual rainy season.

Scientists say climate change is increasing the severity of storms and causing extreme weather such as heat waves, droughts and flash floods to become more frequent and intense.