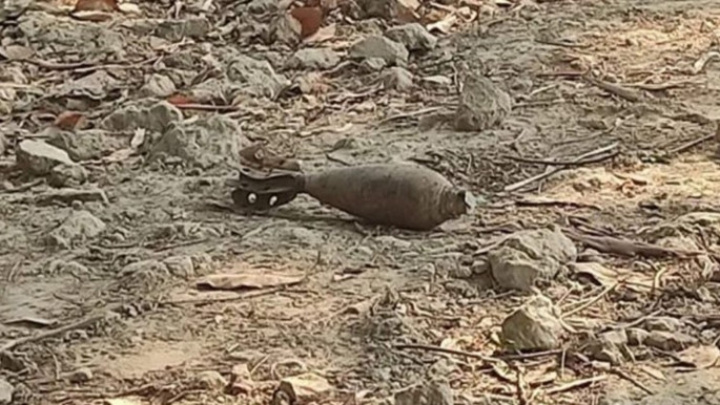 The Arakan Army has been stealing bullets from the Myanmar Army and shelling on the Bangladesh-Myanmar border, said the neighbouring country's Ambassador to Bangladesh Aung Kyaw Moe.

He made the comment on Sunday (18 September) after the Ministry of Foreign Affairs, earlier in the day, summoned him for the fourth time and lodged a strong protest over the recent incidents along the Bangladesh-Myanmar border.

Acting Foreign Secretary Rear Admiral (Retd) Md Khurshed Alam told media that the Myanmar side was telling that these bullets had been stolen by the Arakan Army and they are using these bullets to create distance between Bangladesh and Myanmar. "In such a situation it is difficult to determine who will take the responsibility."

Khurshed Alam further said Bangladesh has asked the Myanmar side to take steps for stopping spillover of Myanmar's internal conflict into Bangladesh.

The acting foreign secretary said the Myanmar envoy listened to the Bangladesh side with time and assured that he would report to the headquarters.

He said Bangladesh is trying to resolve any problem, including the Rohingya crisis through discussion and peacefully.

The acting foreign secretary hoped that there will be a solution if they (Bangladesh) remain strong.

He said Bangladesh is not demonstrating any weakness, rather it is conveying its message to Myanmar from a very strong position.

On Saturday, Home Minister Asaduzzaman Khan said the government is trying to resolve the issues with Myanmar peacefully and diplomatically but a complaint will be lodged to the United Nations regarding mortar shelling at the border if necessary.

He said the Bangladesh foreign ministry has warned them (Myanmar) several times but they didn't keep their promise. "We have lodged a strong protest over casualties from Friday's mortar shelling by Myanmar at Tombru border," he added.

"Myanmar's internal conflicts should remain within its border but their forces are crossing the border time and again and injuring Bangladeshi nationals," said Asaduzzaman.