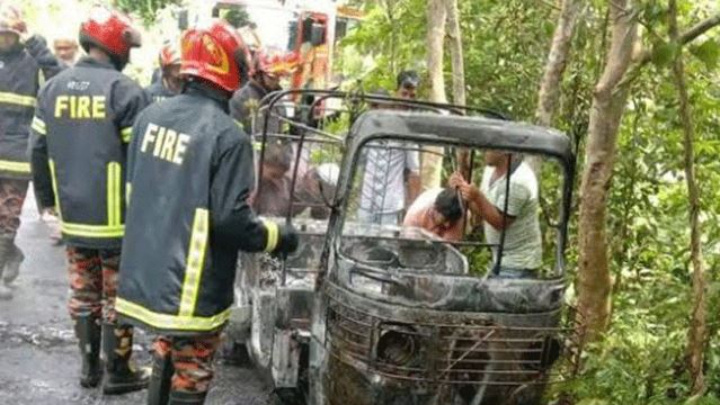 The strike started from Sunday (September 18) morning. Students and office-goers are the worst victims as auto-rickshaws, the only public transport in the district, are stopped.

Though, there is no alternative, they are being reached to their destination on foot.

On Friday (September 16) some miscreants torched an auto-rickshaw at Agorbagan area on the Rangamati-Asambasti-Kaptai road for not paying toll.

A day after on Saturday (September 17) night auto-rickshaw driver Abul Hossain was injured after the miscreants attack on his vehicle at Rangapani area. They also vandalised the vehicle of a workers Union leader.

The miscreants have been doing this for toll, the workers alleged.

Pradeep Chakma, a resident of College Gate, said, "I'm going to my bank on foot as transport workers suddenly stopped moving auto-rickshaw without any prior announcement."