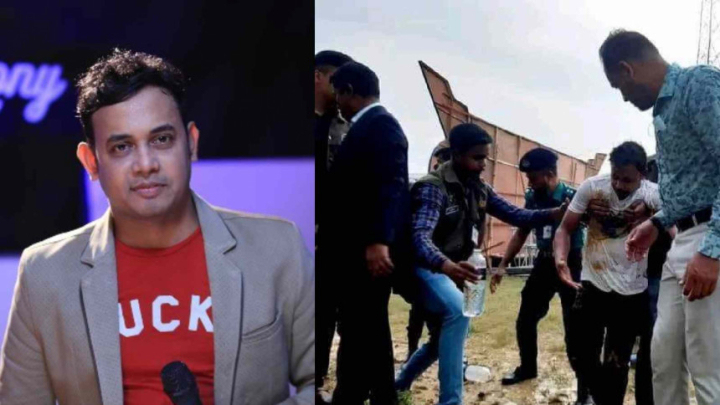 He said that 25 percent of Rony's body has been burnt, including 2 hands, ears and partially, his face.

"He has been kept in the High Dependency Unit after dressing," said the doctor. Even though his airways have been only slightly burnt, he is not out of danger yet.

All the balloons burst behind the opening stage. Five people sitting next to it were burnt. Later, they were rescued and admitted to Gazipur Shaheed Tajuddin Ahmad Medical College Hospital.

A four-member committee has been formed to investigate the blasts.