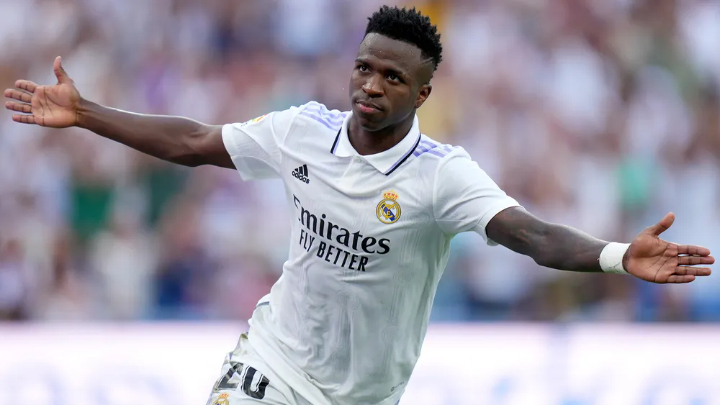 Brazilian forward Vinicius Jr has responded after a Spanish agent used a racial slur while criticising the player's celebrations on live TV.

Vinicius Jr has said he "won't stop dancing" as he released an emotional statement in response to the racist abuse he received from the president of Spanish football agents, Pedro Bravo.

The Real Madrid ace has since responded on Twitter, releasing a powerful statement via video that reads: "As long as the colour of the skin is more important than the brightness of the eyes, there will be war.

"I have that phrase tattooed on my body. I have this thought permanently in my head. And I have attitudes in my life that turn this philosophy into reality.

"They say that happiness bothers. The happiness of a black Brazilian being successful in Europe bothers much more.

"But my will to win, my smile and the sparkle in my eyes are much bigger than that. Don't even try to imagine how much.

"They are dances to celebrate the cultural diversity of the world. Accept it! Respect it! Or freak out… In any case, I will not stop! 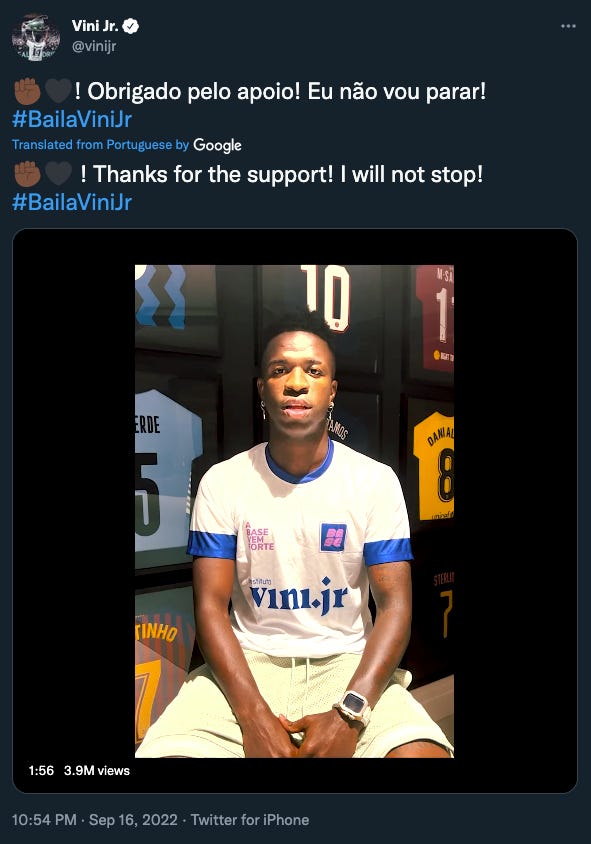 "I was a victim of xenophobia and racism in one sentence. But none of this started yesterday.

"Weeks ago, some people started to criticize my dancing. But the dancing is not mine alone. They belong to Ronaldinho, Neymar, Lucas Paqueta, Griezmann, Joao Felix, Matheus Cunha... Brazilian funk singers and samba dancers, Latin reggaeton singers, black Americans.

"I don't usually come publicly to rebut criticism. I am criticised and do not speak. I am praised and I do not speak either. I work! A lot! On and off the field.

"I developed an app to help educate children from public schools. Without financial help from anyone! I am building a school with my name. And I will do much more for education. I want the next generations to be prepared, as I am, to fight racists and xenophobes.

"I always try to be an exemplary professional and citizen. But that does not generate clicks, it does not engage in social media. So the cowards make up problems to attack me.

"The script always ends with an apology or the typical 'I was misinterpreted'. But I repeat to you, racists: I will not stop dancing. At the Sambadrome, at the Bernabeu, wherever I want!

"With love and smiles from someone who is very happy, Vini Jr." 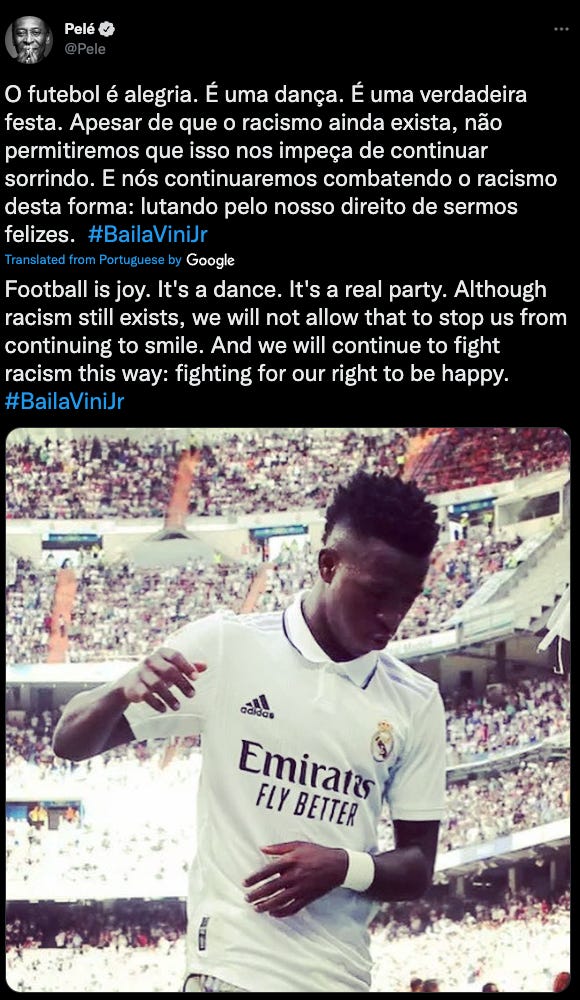 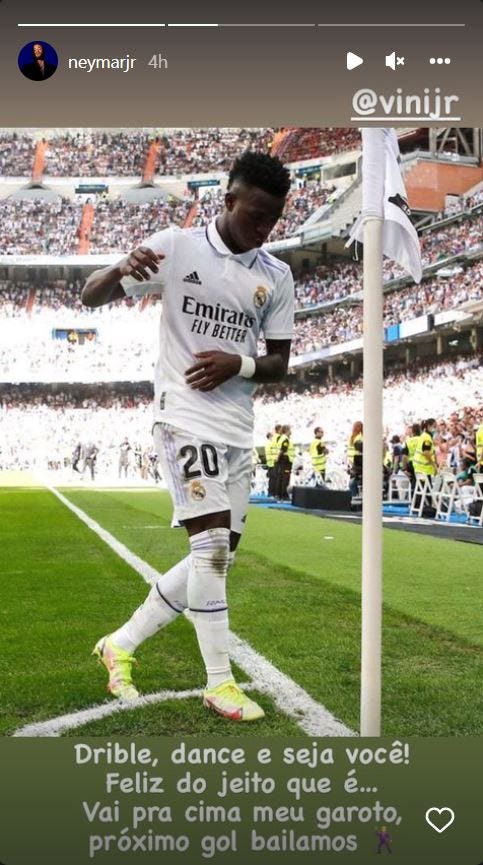 Real Madrid, meanwhile, released the following statement insisting that they will take legal action against those responsible for racism: "Real Madrid C. F. condemns all types of racist and xenophobic language and behaviour in football, sport and life in general, such as the regrettable and unfortunate comments made against our player Vinicius Junior in the last few hours.

"Real Madrid would like to express its affection and support for Vinicius Junior, a player who regards football as an attitude towards life through joy, respect and sportsmanship.

"Football is the most global sport there is and should be a model of values and coexistence.

"The club has directed its legal services to take legal action against anyone who makes racist remarks towards our players."

Vinicius has been a target of racist abuse in Spain previously, with the 22-year-old having claimed he was abused during a Clasico against Barcelona in 2021. He was also subjected to alleged racist chants when facing Mallorca in 2022, to which he responded by dancing in front of the opposition fans after scoring.

The Brazilian has been in fine form this season, scoring five and assisting three in his eight appearances so far this term.