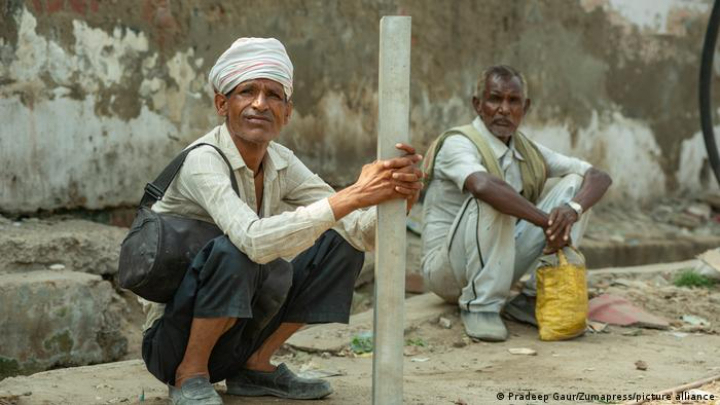 Many Indian men depend on the informal economy. These laborers wait for work, which isn't guaranteed

The impact of the COVID-19 pandemic over the last two years, and the absence of a social security net, has led to a marked increase in suicide among daily wage workers.

India is seeing an increase in suicides among daily wage workers, according to the latest report by the National Crime Records Bureau.

The report released in August revealed that the share of daily wage workers is the largest among those who die by suicide in India.

"Suicide numbers and attempts have risen significantly. The data is reflective of the trend but the numbers are likely to be even more," Delhi-based psychiatrist Achal Bhagat told DW. "Poverty contributes to mental health problems in multiple ways."

Mental health professionals attribute the climb in suicides to factors including joblessness, poverty, debt and inability to cope with cuts in wages.

Bhagat, who has studied the issue closely, said many wage workers are uncertain if they will be able to support themselves, and have feelings of feelings of guilt for not living up to the role of being a young man in a patriarchal society.

This, combined with factors like substance abuse and psychological disorders, are all contributors to the rise in suicides among wage workers, according to the psychiatrist.

"The two most important policies that could make a difference are sustainable livelihoods with social security, and access to mental health and suicide prevention services," Bhagat said. 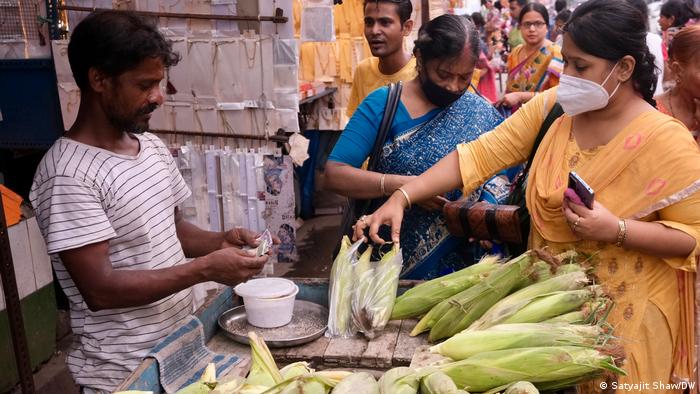 Many workers become indebted and are left vulnerable to exploitation

About 450 million of India's 1.3 billion plus population work in the informal economy. These include wage workers, construction workers, street vendors and landless laborers.

Over half of India's daily wager workers earn just 200-400 rupees a day (€2.5- €5, $2-$5), far below the prescribed minimum wage for unskilled workers. Many workers become indebted and are left vulnerable to exploitation.

The livelihoods of informal economy workers were further compromised during India's COVID-19 lockdown.

The pandemic "led to a severe decline in earnings for the majority of workers resulting in a sudden increase in poverty. Women and younger workers have been disproportionately affected," a recent study by the Azim Premji University in collaboration with various civil society organizations found.

Most daily workers experienced an acute drop in employment, including after November 2020 and in much of early 2021. Sectors such as real estate, construction, infrastructure and urban development took time to restart projects.

"Because of the uncertainty about work and income, they [daily wage workers] had to frequently migrate, have lost safety nets, possess zero savings and are debt-ridden," Nelson Vinod Moses, founder of the Suicide Prevention India Foundation, told DW.

"Many have high alcoholism rates, no health insurance, get ill-treated and work in hazardous conditions with injuries," he added.

Tina Gupta, a psychotherapist who has studied behavioral patterns, cited a study published in the Journal of Epidemiology and Community Health showing that a $1 increase in the minimum wage is linked to a fall in the suicide rate of between 3.5 and 6% among people with high school education or less.

"This study points out how low wages are linked to high suicide risk among the vulnerable. Daily wage workers are among the poorest," she told DW.

There would be a complex pattern of vulnerabilities like financial stress, lack of social and economic stability, and debt," she added.

Daily wage workers are most often the primary breadwinners of the family, Anjali Nagpal, another psychiatrist in New Delhi, told DW.

"Because of their limited academic or vocational skills, if they are terminated or face financial difficulties, they're not in a condition to adapt by changing their trade or ask for help from their friends, as they are in similar position," she said.

"On top of their work and financial woes, they often struggle with their personal life as being aware of one's mental health issues isn't a priority in this stratum," she added.

But without social and economic safety nets or access to mental health care, many daily wage workers continue to feel trapped.