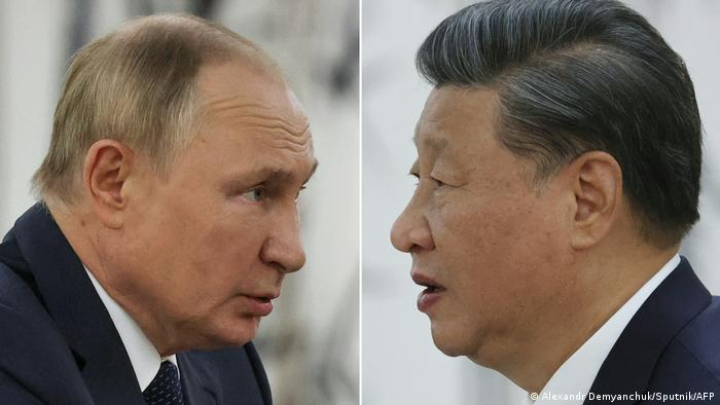 With Putin (left) reeling as his invasion of Ukraine collapses, Xi is working the region

It took just a few pronouncements by Russia's Vladimir Putin and Chinese leader Xi Jinping to turn the Shanghai Cooperation Organisation (SCO) summit in the Uzbek city of Samarkand from a predictably boring gathering of Asia's select authoritarian regimes (plus India, which is still a democracy) into a watershed event.

While Putin promised to supply fertilizers to poor nations and suggested that SCO countries stage a major sporting event together, Xi forcefully attempted to provide the summit with a political framework. He called on the SCO's leaders to fight back against "color revolutions," or the people-power movements that shattered corrupt regimes in Georgia, Ukraine and Kyrgyzstan earlier this century. The Chinese leader predictably said such movements were directed from abroad — read: by the West, especially the United States.

Although Putin will no doubt agree with the sentiment, Xi's solo in Samarkand reflects Russia's diminishing role even among the like-minded Asian regimes. It also shows the Chinese regime's forceful attempt to impose its political thinking on the bloc and shape it as an Asian political and security counterbalance to the United States. Iran is expected to officially join the SCO in 2023 — boosting its stature with its reputation as one of the US's most implacable and enduring foes.

Russia's so-far-unsuccessful aggression against Ukraine has weakened the Kremlin's influence even in those Central Asian states that used to be part of the Soviet Union. Two days before the summit in Uzbekistan, Xi paid a visit to Kazakhstan, Russia's traditional regional ally. There, he talked about China's desire to support and strengthen the sovereignty and security of countries in Central Asia. It sounded like a clear warning to Russia not to try annexing the traditionally Russian-speaking regions of northern Kazakhstan — something many in the country fear.

Beijing does not conceal its offer to the Central Asian governments to gradually decrease (if not completely replace) Russia as their main security guarantor. "As Ukraine continues to sap Putin's resources, Russia will continue losing its influence in the region," the Kazakh political analyst Dosym Satpayev told me. "This process is now irreversible."

China's obsession with US influence increasingly looks like Putin's fixation. And there is high concern that it will have the same disastrous result. Trying to fashion an anti-US, anti-Western block from the SCO will end in failure. Member countries may dislike the United States and the West, but differences, even conflicts, between SCO signatories are frequently much sharper than their common dislikes. India and Pakistan are the best-known example — but by no means the only one.

Secondly, even if some SCO governments are prepared to deal with and even be close to China, their citizens frequently have other opinions. India, again, is a special case her. But, in Kazakhstan, for example, popular backlash against China's influence is historically very strong and is something that the government must take into account. The support the West gives Ukraine against Putin makes it a great example of solidarity that is not going unnoticed in many SCO countries.

Finally, major Western alliances such as NATO and the European Union are firmly rooted in common values of democracy, rule of law and respect for citizens' rights. That is not to say they do not have problems — but solving them is much easier when the philosophy underpinning these organizations is a shared one. This may be the biggest obstacle to China's designs. There are no common values that underpin the Shanghai Cooperation Organisation. The SCO may bring temporary security to some of the member regimes, but even this is not guaranteed. With Putin diminished by his failed invasion, Xi may think he will soon be running the show. He is wrong.