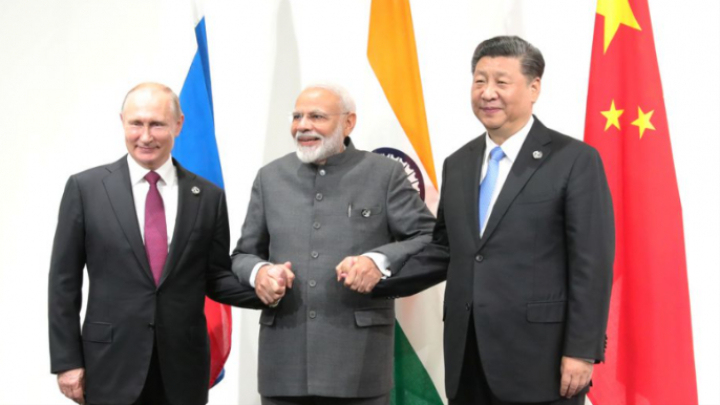 Xi's Central Asian trip marks his return to the world stage after being the only Group of 20 leader to avoid leaving his country since the first Covid lockdown began in January 2020.

On Wednesday, he traveled to Kazakhstan, where the 69-year-old held talks with President Kassym-Jomart Tokayev in the capital Nur-Sultan. Xi said his choice of Kazakhstan for his first foreign trip in nearly 1,000 days showed "the high level and uniqueness of China-Kazakhstan relations and our profound friendship."

Xi's sweep through Central Asia is also a chance to promote his vision of a world where China can expand its interests without fearing the threat of US economic or military pressure. It comes a month before a twice-in-a-decade Communist Party congress where he's expected to clinch a precedent-busting third term, and push his agenda for a multipolar world.

He was originally expected to make his inaugural international trip in November for the G-20 summit in Bali, which will be attended by President Joe Biden as well as Putin.

Instead, his decision to visit Central Asia first has put the focus on meeting with leaders from Russia, India, Pakistan and Iran -- countries more aligned with Beijing's efforts to push back on the US and its allies.

Chinese President Xi Jinping is set to meet Russian President Vladimir Putin in Uzbekistan on Thursday, as Moscow struggles with its most significant military setbacks in Ukraine in months.

Xi's sitdown with Putin at the SCO will be their first in-person exchange since declaring a "no limits" friendship in Beijing in February. Putin ordered an attack on Ukraine weeks later, a move that seemed to surprise Beijing.

China has since provided verbal backing for Moscow. The Asian nation's No. 3 official, Li Zhanshu, recently told Russian lawmakers that leaders in Beijing "fully understand the necessity" of Putin's actions. Yet, China has avoided sending military supplies or providing financial support, which would make Beijing a target of economic sanctions that Washington and others have applied to Russia.

Xi and Putin "planned to discuss both the bilateral agenda and key regional and international topics" on Thursday, Putin aide Yury Ushakov told Russia's Tass news agency, adding that the Ukraine and Taiwan issues will be discussed.

Once the leader in the global Communist hierarchy, Russia after the 1991 collapse of the Soviet Union is now a junior partner to a resurgent China which is forecast to overtake the United States as the world's biggest economy in the next decade.

Xi, the son of Communist revolutionary whose has praised the jewels of Russian literature in public, and Putin, who grew up in Leningrad (now St Petersburg) and came of age in the Soviet-era KGB, say their relations have never been better.

Though Russia and China have in the past been rivals and have fought wars, Putin and Xi share a view of the world which sees the West as decadent and in decline just as China challenges the United States' supremacy.

The event comes after Indian and Chinese soldiers this week disengaged at a disputed area along a remote western Himalayan border after more than two years of a standoff. Modi and Xi have not spoken to each other since the standoff began, reports Reuters.

India's foreign secretary Vinay Kwatra told a news conference on Thursday that Modi would have bilateral meetings on the sidelines of the summit on Friday but declined to confirm a one-on-one with Xi. China has also not confirmed a meeting between the two leaders.

Russia has already confirmed a bilateral meeting between Putin and Modi, during which they are expected to talk about overall trade as well as sales of Russian fertilisers and mutual food supplies.

Kwatra said broader SCO discussions would range from trade and regional security to tourism and terrorism.