The screening of the trailer at the prestigious Cannes Festival speaks of the quality of the work, says the prime minister 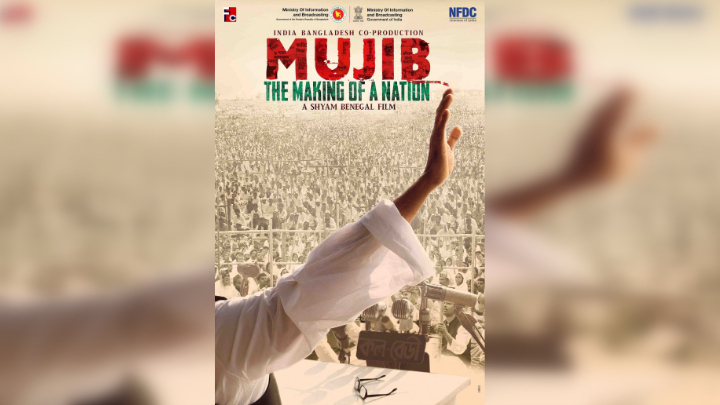 Prime Minister Sheik Hasina has said that she is happy with the progress in the production of “Mujib: The Making of a Nation”, a biopic based on the life and work of Bangladesh’s founding leader Sheikh Mujibur Rahman.

“I’m impressed with whatever has been done so far,” she said on Wednesday in reply to a question on the biopic during a press conference on her recent India visit at her official residence Ganobhaban.

She said the trailer of the film had been launched at the 75th Cannes Festival in France in May this year. “The screening at the prestigious Cannes Festival speaks of the quality of the work so far. Had it not been a work of quality they would not have shown it,” she observed.

She added: “We have to keep in mind that portrayal of a great leader Bangabandhu is no easy task for any actor. How can you portray bring to live the historic 7th March speech of Bangabandhu and the high emotion associated with it?”

Hasina, daughter of Bangabandhu, said she remains in touch with the making of the biopic and its production team led by noted Indian film director Shyam Benegal.

The Bangladesh part of the shooting of the biopic has been completed, she said hoping that the much-anticipated film, a joint venture of Bangladesh and India, would hit the movie houses soon.

Bangladesh and India launched the project to mark “Muijib Borso”, the birth centenary of Bangabandhu, in 2020 and it is expected to be released by end of this year.

In the biopic Bangladeshi actor Arifin Shuvoo has played the role of Bangabandhu, while it has featured other popular actors like Nusrat Faria Mazhar, Nusrat Imroz Tisha and Sabila Nur.