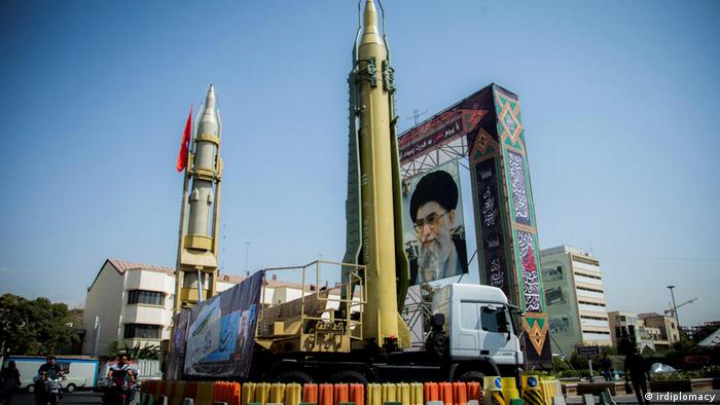 The International Atomic Energy Agency recently warned that Iran will have enough enriched uranium to make an atomic bomb within several weeks. But that's not what Iran really wants to do.

Could it be that Iran's nuclear program is actually meant for military purposes? That's the suspicion that the International Atomic Energy Agency seemed to raise in a report presented last week.

Iran had continued enriching uranium beyond the limits set by the 2015 nuclear deal, which it had agreed upon together with China, France, Russia, the UK, the United States, Germany and the European Union, the agency report said. But by late August, Iran's stockpile of enriched uranium totaled an estimated 3,940 kilograms, That is more than 19 times the contractually agreed limit, the report said.

The IAEA said it was "not in a position to provide assurance that Iran's nuclear program is exclusively peaceful." It had been asking Iran about nuclear material at undeclared sites and the IAEA's director Rafael Grossi was "increasingly concerned that Iran has not engaged with the agency on the outstanding safeguards issues during this reporting period and, therefore, that there has been no progress towards resolving them."

The IAEA pressed Iran to adhere to the 2015 nuclear agreement it had signed. In another earlier report, the agency also said it regretted Iran's decision to remove 27 surveillance cameras that had allowed inspectors to monitor the country's nuclear activities from afar. This had reduced the IAEA's ability to guarantee that Iran's nuclear program was not military, the Vienna-based agency said.

According to the IAEA, Iran had continued to accumulate enriched uranium even while it restricted access to the agency's monitors. In Vienna, diplomatic insiders have suggested that it would now only take Iran between three and four weeks to make enough enriched uranium to create a nuclear weapon.

No point in just one nuclear bomb

But that doesn't necessarily mean that it will.

It is true that Iran will have enough enriched uranium to make a nuclear bomb, said Mohammadbagher Forough, a researcher at the GIGA Institute for Middle East Studies in Hamburg.

"However that is just enough to make one single bomb, not a series of bombs," he told DW. "A single bomb makes no sense militarily. The world's nuclear powers don't rely on just a single bomb. No war could be fought like that. A single nuclear bomb is not enough because you would assume that other nations will have multiple nuclear bombs that they would use against you to much more serious effect," he argued.

There are also other reasons why Iran is far from making its own nuclear bomb, Forough continued. The country doesn't have the right ingredients to make one — that includes the lack of materials for a detonator.

"The history of nuclear powers indicates that it actually takes years to build a bomb from nuclear weapons grade materials," he pointed out. "The IAEA has certainly described the seriousness of the current situation well. But from that you cannot conclude that Iran is really on the verge of having its own nuclear bomb." 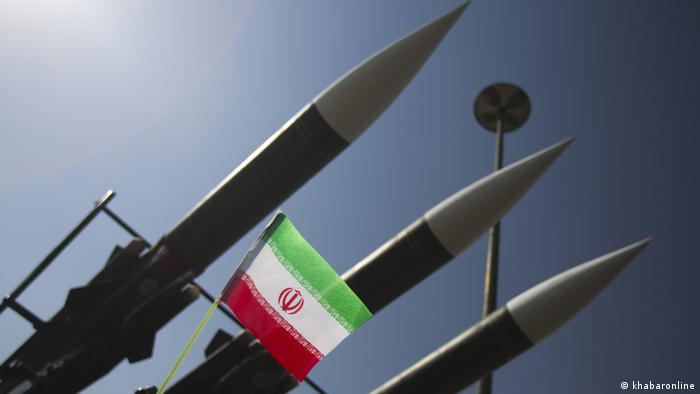 Iran manufactures many of its own weapons, tanks and other military equipment

It is certainly worrying that Iran has more enriched uranium than was permitted under the 2015 nuclear agreement, agreed Oliver Meier, a senior researcher at Hamburg University's Institute for Peace Research and Security Policy. At one stage the country also had a heavy water nuclear reactor, that would have been capable of producing plutonium, which can also be used to make  a nuclear bomb.

"But that path is closed [to them] at the moment," Meier noted.

What Iran does have though are centrifuges inside its nuclear reactors that are more advanced than would have originally been permitted under 2015's nuclear deal — this is also known as the Joint Comprehensive Plan of Action, or JCPOA.

"Centrifuges raise serious nuclear weapons proliferation concerns because exactly the same machines that are used to enrich uranium for a nuclear reactor can enrich uranium for a nuclear bomb," the Federation of American Scientists explains on its website. "In general, a nuclear reactor needs a small degree of enrichment of a large amount of material, and a bomb needs a large degree of enrichment of a small amount of material."

Iran has also exceeded the amount of uranium it has, and the levels at which it has been enriched, Meier said.

"There, all the limits have been exceeded," he told DW. "So technically, they would be able to produce enough weapons-grade uranium for a nuclear weapon within a few weeks." 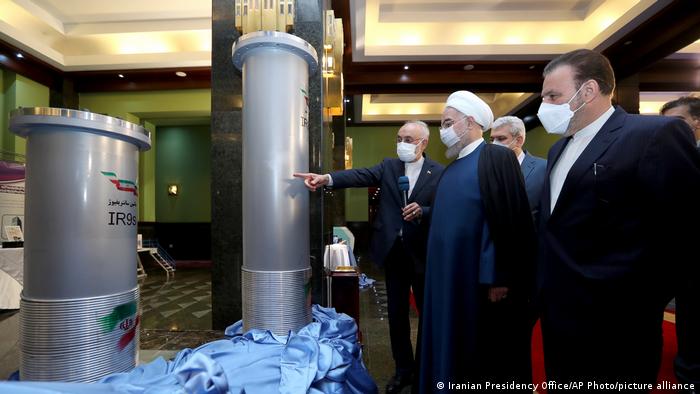 But Meier also confirmed that the Iranians needed more than this to build a nuclear bomb.

"Iran has been working on that as well," he conceded. "There has also apparently been research into making warheads for the missiles. However, as far back as 2009, there is no indication that this research has continued, or that it has resumed."

In that case then, why is Iran enriching uranium at such a fast pace?

For Tehran it's all about political pressure, Forough said. From the perspective of Iranian leadership, the conditions set out in the JCPOA were voided after the US government, when it was being led by the Donald Trump administration, pulled out of the deal unilaterally in 2018.

Since Joe Biden became president, the US has been leading the push to renegotiate a new version of the JCPOA.

"So uranium enrichment is primarily a means to get the US and other players to sign the agreement, which has almost been fully negotiated in Vienna," Forough said.

That political pressure counts even more as the midterm elections approach in the US, when members of Congress and some in the Senate will be chosen.

"It is not impossible that the Democrats, led by US President Biden, will lose their majority in Congress," Forough said. "In that case, the [new JCPOA] agreement will never be signed. That's another reason why Tehran is putting so much pressure on."

For the Iranian government, the agreement is about ending the crippling sanctions regime imposed on their country because of attempts to potentially make nuclear weapons. If the renegotiated JCPOA is signed by all parties, then sanctions would ease.

On the other hand, GIGA's Meier said, Iran is getting in the way of the negotiations itself: The negotiations are currently being complicated by the fact that the IAEA can't verify what's going on inside Iran's nuclear program.

"That's why the IAEA has now said more clearly that an agreement on the restoration of the JCPOA requires additional measures to better verify Iran's nuclear program," he told DW. "There are many outstanding issues and it's important to resolve them quickly."