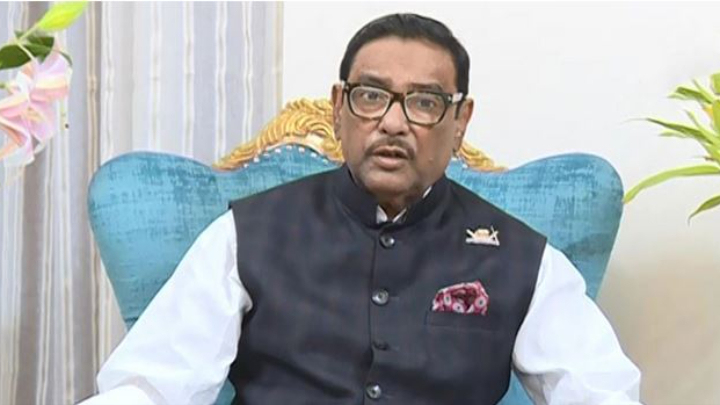 Awami League (AL) General Secretary Obaidul Quader on Wednesday said no election under the caretaker government will ever be held in the country.

"BNP is shedding crocodile tears for the elections under the caretaker government instead of working for the people....But, according to the constitution, the general elections will be held under the incumbent government," he said.

Quader, also the road transport and bridges minister, said this while attending the tri-annual conference of the Dhamrai Upazila unit of AL held on the premises of Dhamrai Hardinge Government High School and College in Savar from his official residence in the capital through video conference as the chief guest.

He hoped that BNP would participate in the next general elections as the existence of the BNP is on the verge of extinction.

Issuing a note of warning, he said if anyone tries to create arson attacks in the country, they will not be spared.

Earlier, the conference was inaugurated through hoisting the national and party flags by the President of Dhaka District unit of AL and Chairman of the Parliamentary Standing Committee on the Home Affairs Ministry, Member of Parliament and Freedom Fighter Benazir Ahmed.

M A Malek, a former MP from Dhamrai, was elected the president while Golam Kabir, the mayor of the municipality, was made the general secretary for Dhamrai upazila unit of AL.