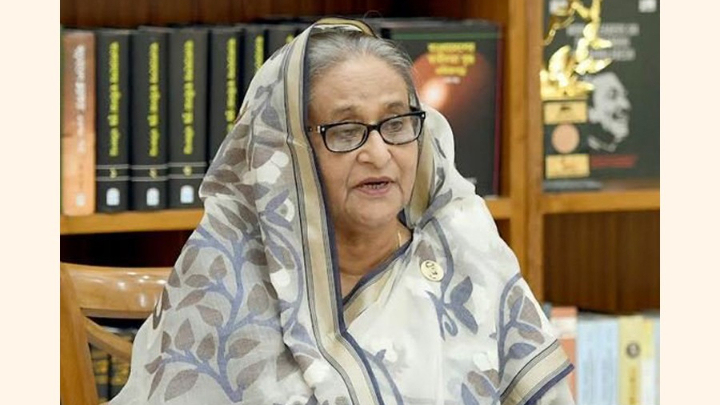 Prime Minister Sheikh Hasina left Dhaka on Thursday morning for an official tour to the United Kingdom and the United States to join the funeral of Queen Elizabeth II and the 77th Session of the United Nations General Assembly (UNGA), said Foreign Minister Abdul Momen.

A VVIP chartered flight of Biman Bangladesh Airlines carrying the Prime Minister and her entourage members departed the Hazrat Shahjalal International Airport, Dhaka at 10.35am.

The Queen's coffin will be taken in a procession to Westminster Abbey for the state funeral on September 19, 2022 which will be a Bank Holiday in the UK.

Foreign Minister Dr AK Abdul Momen made the revelation while talking about PM's UK and US visit for the UN General Assembly during a media brief today (September 14, 2022).

World leaders and dignitaries have been paying tribute to the Queen, who died on Thursday at the age of 96.

Hasina is scheduled to leave Dhaka for London on Thursday.

She is scheduled to reach New York on September 20 from London.