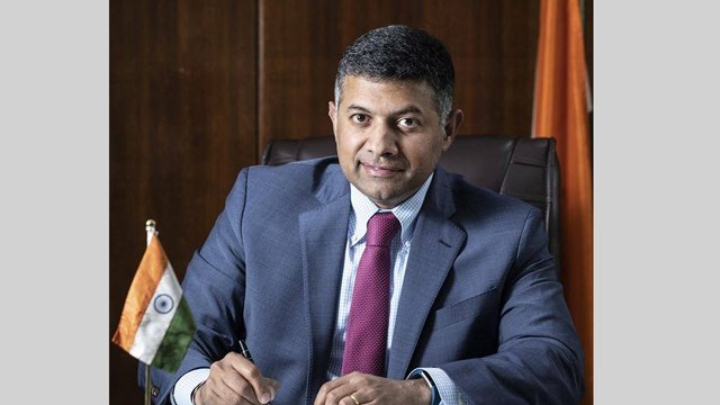 During the talks, Bangladesh Prime Minister stressed the need for working together with neighbouring countries to ensure sustainable development of the region for the greater benefit of its people.

"There might be some issues of concern with neighbours. But, we can move forward by resolving the matters through discussions," she said.

During the meeting, the Indian envoy described Sheikh Hasina's recent visit to India as a very successful one and congratulated her for the tour.

Doraiswami highly praised the dynamic leadership of Prime Minister Sheikh Hasina under which Bangladesh-India relations and the overall socio-economic development of Bangladesh have reached a new height.

He said the bilateral relationship would further be consolidated in future under the leadership of the Bangladesh Prime Minister, hoping that the next generations of the two countries can get benefit from the existing relations.

The Prime Minister, during the meeting, also recalled the memories of her exile in India after the assassination of Father of the Nation Bangabandhu Sheikh Mujibur Rahman on August 15, 1975.

Sheikh Hasina congratulated the outgoing high commissioner on his new posting and wished him a bright and successful career.

During the meeting, the Indian envoy also put emphasis on enhancing cooperation in trade and commerce between the two neighbouring countries.

He extended his sincere thanks and gratitude to the Prime Minister, her government and the people of Bangladesh for the support and guidance he received during his stay in Dhaka.

"I thank you (PM) very much," he was quoted as saying.

In the meeting, the Indian High Commissioner presented Sheikh Hasina with a portrait of her, while the Premier gifted him a book, saree and replica of a boat.