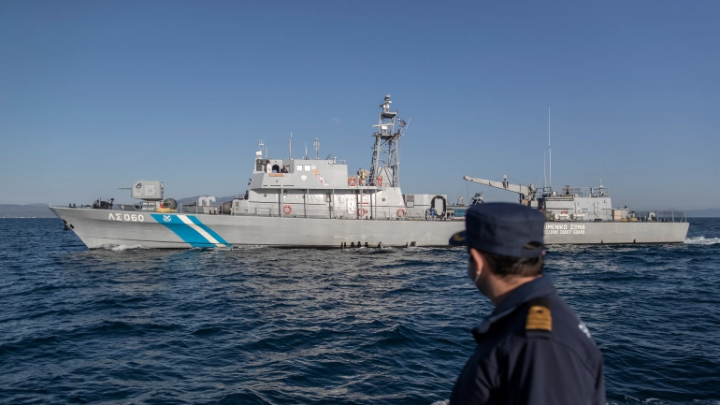 Turkey and Greece frequently exchange accusations regarding refugees and migrants attempting to get to Europe [File: Erdem Sahin/EPA-EFE]

Six people, the majority of them children, have drowned after a boat carrying refugees from Lebanon destined for Italy sank off the coast of southwestern Turkey, according to the Turkish coastguard.

In a statement, the coast guard said 73 refugees and migrants in four lifeboats were rescued on Tuesday, while search and rescue operations for five missing people continued with two boats and a helicopter.

One woman, three children and two babies died, the statement said, without disclosing the nationalities of the refugees.

The refugees initially set off from Lebanon on Saturday for Italy but needed to refuel off the coast of Greece’s Rhodes island, the coastguard said, according to the rescued refugees and migrants.

The Turkish coastguard said that its Greek counterpart, which responded to the call for help coming from the boats, had placed the refugees in four lifeboats and left them near Turkish territorial waters.

According to data on the Turkish coastguard’s website, more than 30,000 refugees and migrants have been stopped so far this year, more than double the number of the same period last year.

The Turkish government frequently accuses Greece of illegally pushing refugees and migrants back into its territory in the Mediterranean Sea, a claim regularly denied by Athens.

Meanwhile, Greek authorities claim Ankara turns a blind eye to refugees attempting to get to Europe through its territory, saying Turkey’s actions are against a 2016 deal between Ankara and the European Union on the issue.