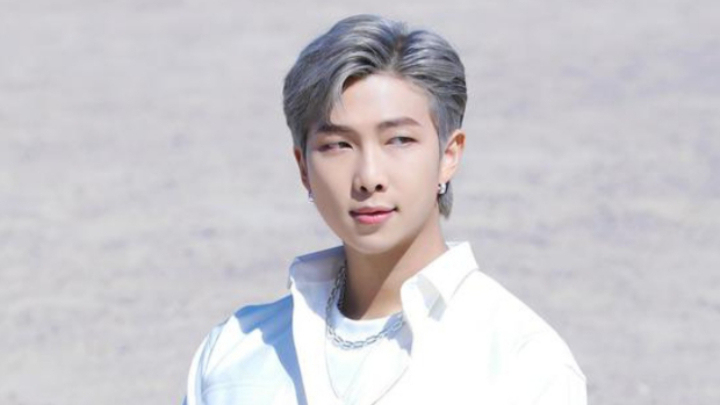 “Doing my best in the things that are in front of me is the best way that I can answer the question of my existence,” says BTS’ RM, in Break the Silence documentary. Pop titans BTS’ leader RM aka Kim Nam Joon celebrates his birthday on September 12. The 29-year old multifaceted artist is known for his genius when it comes to writing or composing songs. Over the years, he has evolved from being an underground rapper named Runcha Randa to becoming RM. Being a patron of arts and the beauty of life, the dimple-cheeked leader of BTS has also released several songs apart from the ones in BTS discography. These songs also give an insight into the mind of one of the most profound songwriters in recent years. Apart from his two mixtapes RM and Mono, RM has also contributed to songwriting and composing, to even making guest appearances for other artists. His husky vocals in RnB tracks or his fast spitfire verses in rap songs, his voice never fails to catch the attention of the listener. On the occasion of the leader’s birthday, let’s take a look at some of the non-album tracks by RM of BTS.

Happy Birthday Kim Namjoon: From ‘Unpack Your bags’ to ‘Ddaeng’ to ‘Bicycle – Celebrating BTS’ RM’s artistic genius on his birthday

Back when the group first started out, releasing solo songs was RM’s way to express his individuality. In 2014, when his stage name was still Rap Monster, RM released the track ‘Monterlude’. This track is a cover of the group’s track ‘Interlude’ which appeared on the album 2 Cool 4 Skool.

The track ‘Unpack Your Bags’ was also released in 2014 and it featured DJ Soulscape. The title refers to revealing one’s true self that is often hidden ‘inside the bag’. He is not shy or awkward about the music he likes or the craft he practices - “I’ve spent seven years honing my craft / I love it / The type of music you looked down upon / is now my livin’”. Through this song, he has shared a message that it is not shameful to do what you love, regardless of the naysayers.

Coming to 2017, RM understood what it means to never be understood by the world and he used music to express his disappointment and helplessness. In the track ‘Always’ which was released on January 1 as a 2017 new year gift to the ARMY, RM spoke about how he is lost and running on slim hopes of creating his space in this world – “I live to understand the world

But the world has never understood me, why / No, that half is missing/ It’s trying to hurt me/I miss me miss me baby”. Artists have always faced this dilemma during their careers where they have felt lost, and RM captures that emotion beautifully in the song. Just a year before this track, in one of his live broadcasts on social networking site VLive, RM echoed this sentiment when he said, “I think that there’s no need to live your life based on the standards of others. Everyone says ‘dream big,’ but I don’t think you have to live so fiercely like that all the time.”

‘Ddaeng’ was released during the yearly BTS Festa celebrations in 2018. The song also features his fellow BTS bandmates Suga and J-Hope. The trio participated in the song writing and composition. Clubbing traditional music with the modern rap, the trio of rappers belt out an unapologetic track that is an instant boost of energy for the listeners. The song disses the naysayers and celebrates their success as BTS. The live performance of ‘Ddaeng’ was one of the most surprising and highly anticipated ones. RM, Suga and J-hope set the stage on fire with their spit-fire rapping and stunning traditional costumes.

During the BTS Festa celebrations in 2021, RM released a track ‘Bicycle’. The track comes from a position very vulnerable and endearing as the rapper speaks about letting go of one’s present worries and riding a bicycle to calm the mind; The lyrics touch upon themes of nostalgia and slice-of-life imagery as the singer croons in husky vocals – “If you are sad, let's ride a bicycle / Let's put the wind under the feet / Oh, let's ride a bicycle / With arms opened freely.”

Throughout the years, one thing that remains consistent in RM’s music is his honesty. He is honest when it comes to narrations and he practices what he preaches. Through his music, he has opened up a space for ARMY and for listeners of his music to ease into. He has shown through his music that he is a human, just like us who makes mistakes, falls, gets up and fights back. He has shown that it is okay to make mistakes as long as one learns from them. His artistry reflects his endeavours in becoming a better human with each passing day. It is tracks like ‘4 O’clock (ft. V)’, ‘Trivia: Love’ and many more that have become an outlet for RM’s creativity and genius and a warm hug for the listeners of his music.