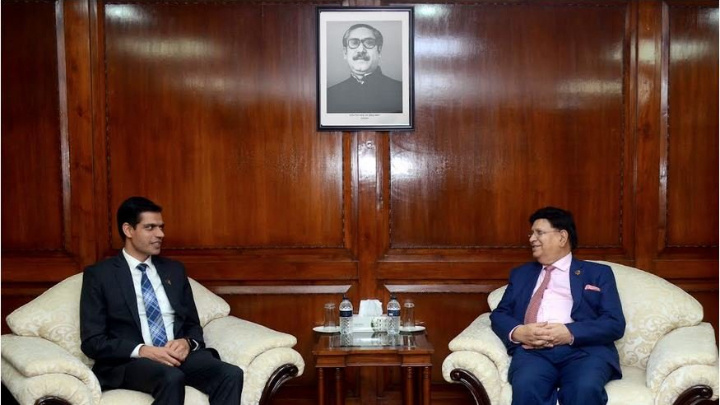 He made the remarks while newly appointed Nepalese Ambassador to Bangladesh Ghanshyam Bhandari called on him at the latter's office, a foreign ministry press release said.

During the meeting, Dr Momen expressed his hope that the ongoing sectoral collaboration between Dhaka and Kathmandu will be expanded and pursued during the term of the new Nepalese envoy here.

The Ambassador stated that the bilateral cooperation between Bangladesh and Nepal is growing steadily in the sectors such as trade, power, connectivity, education, tourism, and people-to-people contacts.

Bhandari underscored the necessity of expanding trade and commerce between the two countries and sought the support of Bangladesh in relaxing tariffs on Nepalese commodities.

He emphasized on regular interaction and stressed on holding the next Foreign Office Consultations (FOC) between Bangladesh and Nepal at an early date.

Bhandari presented his 'Letters of Credence' to President Md. Abdul Hamid ceremonially on August 31 at Bangabhaban.