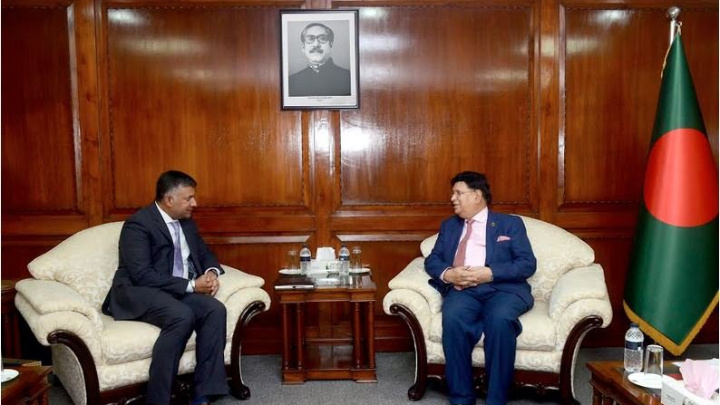 If both Bangladesh and India can work together, it would be beneficial for the two peoples as well as contribute to bringing peace and prosperity in the region as a whole, he said.

During the meeting, they discussed issues of mutual interest and reaffirmed their commitment for further strengthening the excellent relations between the two countries in the days ahead.

Noting that Bangladesh and India share progressive, comprehensive and substantial cooperation in diverse areas, Momen emphasized for having a stronger regional approach for coping with the challenges brought about by the neo-normal challenges.

Doraiswami said the outstanding bilateral relation between Dhaka and New Delhi has turned into a remarkable one because of the ongoing collaboration and cooperation between the two countries.

The high commissioner said that his experience in Dhaka would always be cherished in his memory.

The envoy conveyed an invitation from the Indian External Affairs Minister addressed to his Bangladesh counterpart to join a dinner on September 22 at the sideline of the High-Level Week of the 77th session of the United Nations General Assembly in New York.

In response, the Bangladesh foreign minister cordially accepted the invitation.