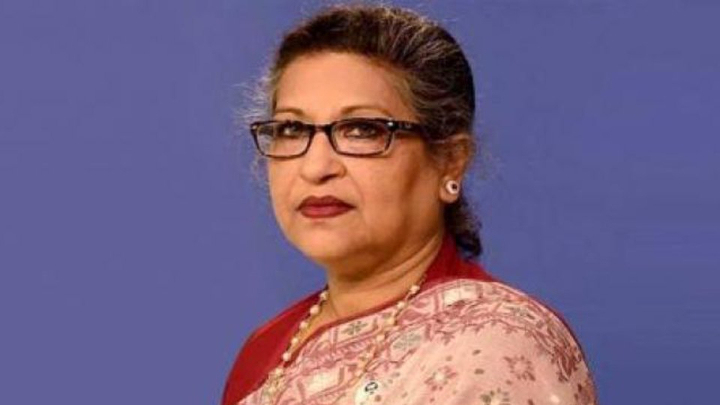 The 67th birthday of Sheikh Rehana, younger daughter of Father of the Nation Bangabandhu Sheikh Mujibur Rahman, is today.

Born at Mitford Hospital, Dhaka on September 13, 1956, Sheikh Rehana is the third of five children of Bangabandhu and Bangamata Begum Fazilatun Nesa Mujib.

As Sheikh Rehana is now in London, there is no formal programme on the occasion of her birthday here.

Their son Radwan Mujib Siddiq is working in an international organization and a trustee of Awami League's research wing Centre for Research and Information (CRI), daughter Tulip Siddiq is a Labour Party MP of British Parliament and youngest daughter Azmina Siddiq Rupanti is working as Global Risks Analysis Editor of London-based the Control Risks.

Bangabandhu's entire family except his two daughters was brutally assassinated by some disgruntled army men on the fateful night of August 15, 1975.

His daughters -- incumbent Prime Minister Sheikh Hasina and Sheikh Rehana -- survived the massacre as they were on a visit to the then West Germany.

Sheikh Rehana, known as "Chhoto Apa" to all, has inherited a simple lifestyle from her father Bangabandhu.

Thousands of people and followers through social media extended heartfelt greetings and compliments to Sheikh Rehana and wished her long and sound life on the occasion of her birthday.