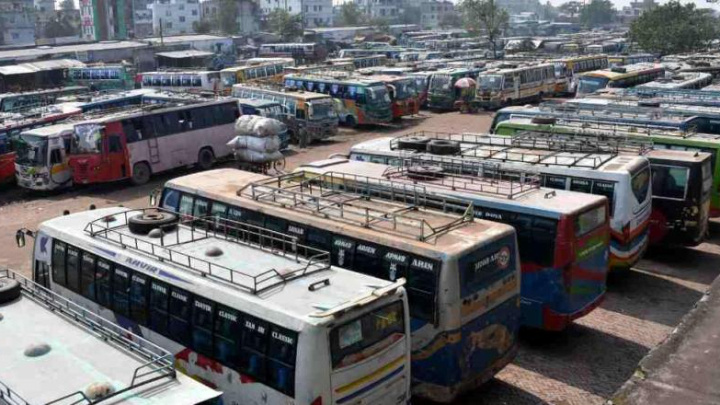 Thousands of commuters in Sylhet have been hit, with buses staying off the roads since Tuesday morning in the wake of an indefinite strike called by Sylhet district transport workers.

Sylhet district road transport workers coordination council called the strike on Monday evening to press home their five-point demand. They have threatened to intensify their stir if their demands are not met by the end of the day.

Not a single long-haul bus has left or entered Sylhet since morning while intra-district transport movement also remained suspended as workers armed with sticks picketed on roads.

Ali Akbar Rajan, joint general secretary of district bus, minu bus, coach, and microbus workers' union, said their five demands have been ignored by the government for a long time.

“We have sent a memorandum of our demands to the Home Minister and to all the sectors of the Sylhet administration. Yet none of our demands is met so we were forced to embark on an indefinite strike,” he said.

"Already transport workers from Brahmanbaria have expressed solidarity with us,” he said.

According to Zakaria Ahmed, general secretary of Sylhet district road transport workers coordination council, their five demands include an end to harassment by traffic cops and suspension of Sylhet Metropolitan Police Commissioner.

The unions also demanded that the damaged roads in the district should be repaired at the earliest and that a ban be enforced on the sales and operations of CNG-powered auto-rickshaws and electric rickshaws in Sylhet.