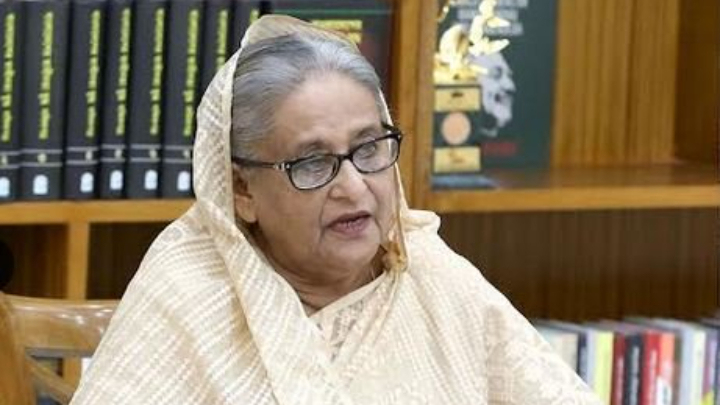 Prime Minister Sheikh Hasina today called for consolidating cooperation among the countries of the world to check anti-human activities and transnational organised crimes with the advent of newer technology.

"With the advent of newer technology, fresh challenges are being created in the form of cyber crime, money laundering, violent extremism and transnational organised crimes which require consolidating cooperation among the countries of the world to check anti-human activities," she said.

Digitalization of Policing can be a great way forward to fighting terrorism, violent extremism and other tech-based crimes, the premier said.

"Policing around the world has become extremely challenging these days. In this present context, no single nation can address these on its own. To address all these menaces, there is no alternative to consolidating cooperation among the countries of the world," she said.

The prime minister said this while virtually inaugurating the 11th Annual INTERPA Conference in a city hotel hosted by Police Staff College Bangladesh, from her official Ganabhaban residence here.

She said that institutionalizing is a demand-driven and outcome-based platform to curb violent extremism and tech-based transnational crimes that can ensure global peace and stability.

"We believe, the collective will and joint efforts by INTERPA members can make a marked difference in the security landscape of the globe," she added.

The premier also said that the theme of this conference 'Digitalization of Policing' is really time-befitting.

Violent extremism and transnational organized crime pose an enormous threat to national and international security in this age of globalization where boundaries matter little, she said.

In recent years, she said that new development in technology and communication has enabled such crime networks to carry on their anti-human schemes with increased mobility.

"The destructive activities of the terrorists result in far-reaching destabilizing impact on the whole world. New challenges are also being originated in the form of cybercrime, money laundering, counterfeiting of currency, terrorist financing and other modern-day threats," she added.

Sheikh Hasina hoped that this unique conference of INTERPA comprising professionals from member police training institutions across continents will open up new avenues for cooperation in the arena of state-of-the-art training, capacity enhancement and sharing the best practices.

She said she feels proud that Bangladesh Police has proved its capacity and resilience in successfully combating terrorism and violent extremism.

Sheikh Hasina expressed her satisfaction over inaugurating the INTERPA Conference, saying, "We are privileged to be the host of this conference, and feel truly honored by your presence."

The prime minister said her government has achieved grand success in building a happy and prosperous country in keeping with the aspirations of the countrymen.

"We have earned desired progress in all social indices. Awami League government has taken effective measures to increase the living standards of people and to ensure overall development of the country," she said.

As a result, she said the desired progress has been made in economy, agriculture, education, health, science, technology, power and energy, trade and business, social security, and other areas.

"We are heading with great strides towards successful implementation of the SDGs. People at peripheral and marginal areas are also getting benefits of the ever-expanding information technology," she continued.

The premier said they have taken every measure to transform the country into a 'Digital Bangladesh' by making information technology accessible to all, including the marginal people, through efficient, service-oriented and ICT-friendly services.

"We have already graduated into a Developing Country from a Least Developed one. We would like to assert proudly that Bangladesh has placed itself as a 'Role Model' of development on the world map," she said.

She also said Bangladesh has been connected to the highway of development keeping pace with globalization and this remarkable elevation stands testimony to her country's continuous success in every sector.

"Bangladesh Police also plays a significant role in the onward march of our progress and development. There have been substantive qualitative changes in Police, thanks to the developmental activities of our government," she said.

She added that her government will push forward this pace of development of police in days to come.

The prime minister expressed her belief that the conference will afford all the member countries an opportunity to reach a general consensus to explore an innovative, viable, prompt and effective mode of communication and cooperation among INTERPA member countries.

She also wished every success of the conference.

"We also believe that enhanced technology, expertise, intelligence sharing and coordination among law enforcement agencies of all these countries will go a long way in curbing violent extremism and transnational tech-based crimes around the globe," she said.

Sheikh Hasina said there are commonalities that bring us closer, adding that they must create a synergy in favour of enhanced cooperation for furthering global peace, stability, and development.