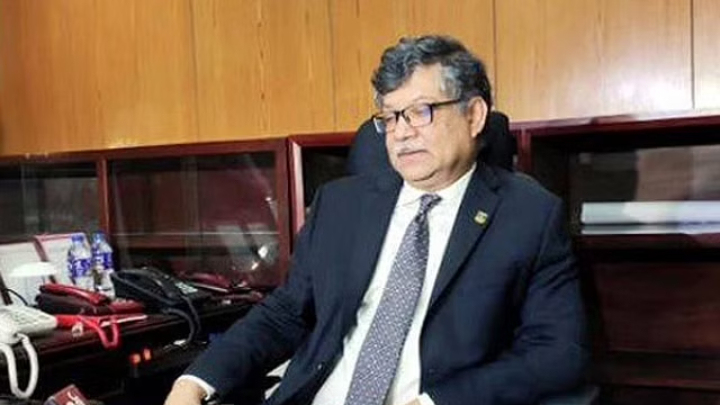 Bangladesh wants to avert any tensions along Bangladesh-Myanmar border through "dialogue and discussions" using the existing mechanism between the two border forces amid Myanmar's internal conflicts.

Talking to a small group of journalists at the Ministry of Foreign Affairs, Foreign Secretary Masud Bin Momen said they will discuss it through the existing mechanism between Border Guard Bangladesh and its Myanmar counterpart to resolve any issue quickly if there is any provocation, reports UNB.

"Basically it's an action against their insurgents inside Myanmar. May be unintentionally a number of incidents took place. They acknowledged the matter," he said on Sunday evening.

Inside Myanmar, there are incidents of falling mortar shells and bombs blast, he said, adding that basically these are happening inside Myanmar border.

"But sounds are being heard here on the Bangladesh side. For this reason, locals might have become restless. Our surveillance is there. We are observing the situation," said the Foreign Secretary.

He said efforts are there so that no tension prevails along the border. "We remain highly alert. BGB will not allow anyone inside Bangladesh."

Myanmar Ambassador to Bangladesh Aung Kyaw Moe was summoned to the Ministry of Foreign Affairs to meet the Director General of Myanmar Wing.

During the meeting, the Ambassador was also told that such activities are of grave threat to the safety and security of the peace-loving people, violation of border agreement between Bangladesh and Myanmar and contrary to the good neighborly relationship.

The Ambassador was also urged to ensure that no trespassing of the internally displaced Myanmar residents takes place from Rakhine.

The Myanmar Ambassador was also asked to come to the Ministry on 21 August and 28 August 2022 and protest notes were handed over to him conveying Bangladesh's grave concerns.

The Bangladesh Embassy in Yangon also raised the issue with the Ministry of Foreign Affairs of Myanmar with much importance.