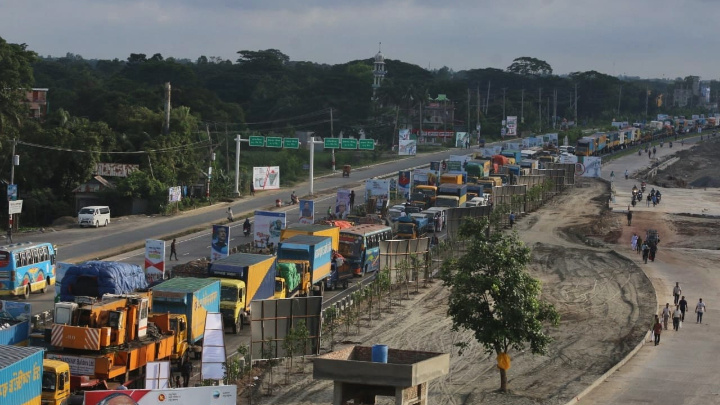 Hundreds of vehicles were seen waiting to cross the much-awaited Padma Bridge on Sunday - the day it opened to traffic.

Buses, trucks, cars, motorcycles, and ambulances were waiting in queues on the Dhaka-Mawa Expressway till the gates of the bridge opened at 6am. So far, four booths are being used to collect tolls.

Shakib Ahsan another passenger who crossed the bridge said he came to Khulna in just three and a half hours. “This is something I couldn’t even dream of!”

Executive Engineer (Approach Roads) Syed Rajab Ali of Padma Multipurpose Bridge Project told Dhaka Tribune that on average they are collecting tolls from five vehicles in one minute at the Mawa toll point.

“Motorcycles take less time compared to other vehicles,” he added. The executive engineer mentioned that more modern technology will be added to the bridge in the future to ease the countrymen’s travels.