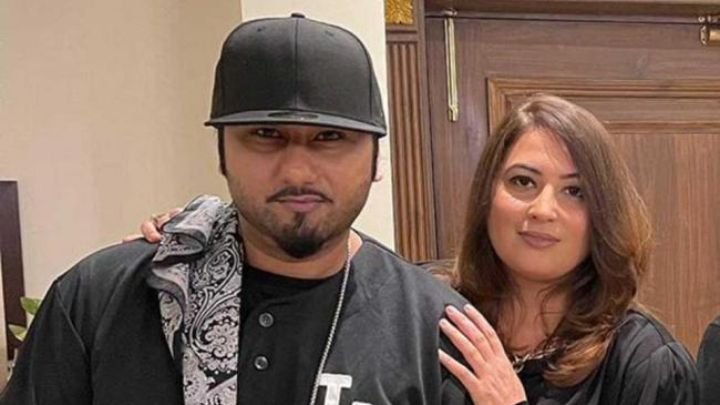 Rapper-Singer Yo Yo Honey Singh and Shalini Talwar have officially parted ways after 21 years of marriage as per a recent report.

They were in the middle of the legal battle after Shalini filed a case of domestic violence against the singer in court. Reportedly, the Saket district Court in Delhi has now finalised their divorce plea.

Honey Singh and Shalini Talwar got married in 2011.Last year, Shalini approached the Tis Hazari Court in Delhi and filed a case of domestic violence against Singer alongside a compensation of ₹20 crore. During their marriage, Shalini has been physically assaulted, cheated on, she has mentioned in her complaint. She also added that Honey Singh and his family broke her mentally and emotionally to an extent that she almost started identifying herself as a "farm animal.”

According to Times Now Hindi, Honey Singh paid ₹1 crore as alimony to Salini. He was seen handing over a sealed envelope containing a cheque as the settlement amount to finalise their divorce. It’s to be believed that both of them are quite content with their decision.

Responding to allegations on social media, Honey said in a statement, “I am deeply pained and distressed by the false and malicious allegations levied against me and my family by my companion/wife of 20 years, Mrs Shalini Talwar.The allegations are severely odious. I have never issued a public statement or press note in the past despite being subjected to harsh criticism for my lyrics, speculation on my health, & negative media coverage in general. However, I see no merit in maintaining a studied silence this time because some of the allegations have been directed at my family – my old parents and younger sister – who have stood by me during some very difficult and trying times and comprise my world. The allegations are cynical and defaming in nature.I have been associated with the industry for over 15 years and worked with artists and musicians across the country. Everyone is aware of my relationship with my wife, who has been an integral part of my crew for more than a decade now and always accompanied me to my shoots, events, and meetings. I strongly refute all the allegations but will not comment any further because the matter is sub-judice before the Court of Law. I have full faith in the judicial system of this country, and I am confident that the truth will be out soon.”