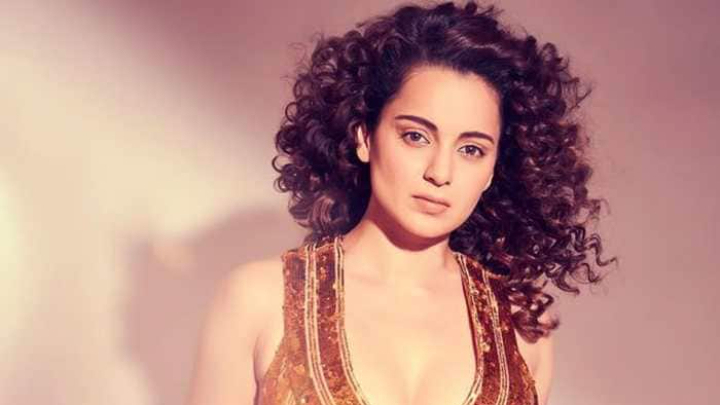 With Ayan Mukerji's massive project Brahmastra Part One: Shiva releasing on September 9, 2022, many managed to catch the film ' first-day first show'. Besides fans several celebrities too thronged theatres to catch the astraverse on the big screens. The film has garnered mixed reviews - some loved it and called it spectacular while others simply feel it's a disaster. Kangana Ranaut reacted to the film's release on her social media account.

She wrote: People like Karan Johar should be questioned for their conduct. He is more interested in everyone’s sex life than in his films scripts. He self admittedly buys reviews, stars, and fake collection numbers and tickets. This time around he tried to ride Hinduism and the south wave. 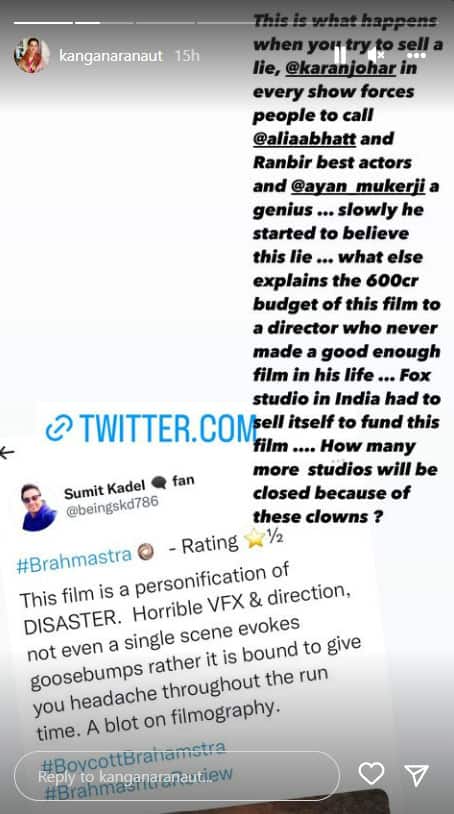 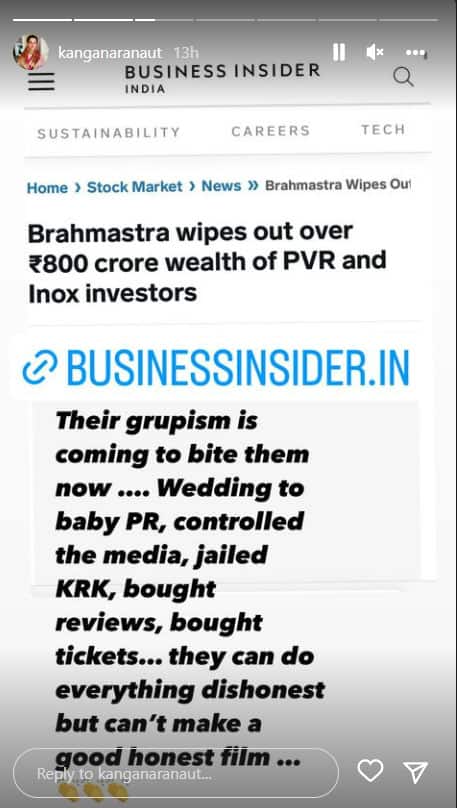 "They will do everything but not hire competent writer, director, actors and other talents… why not in the first place hire those they went begging to fix this disaster called Brahmastra, " she added. 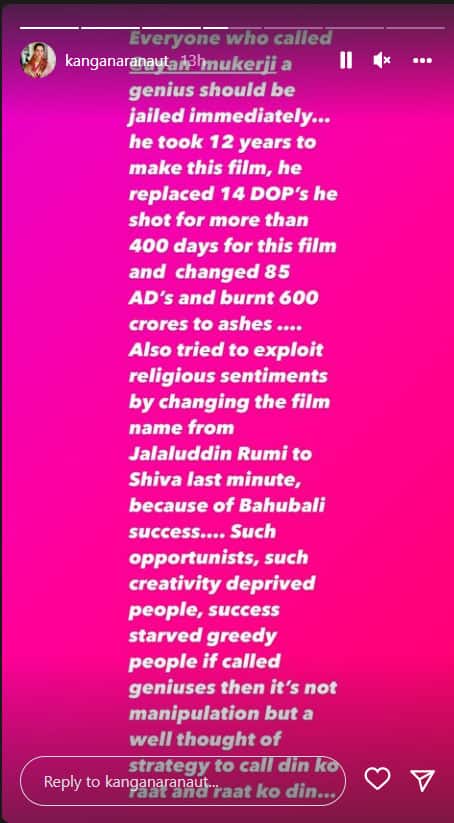 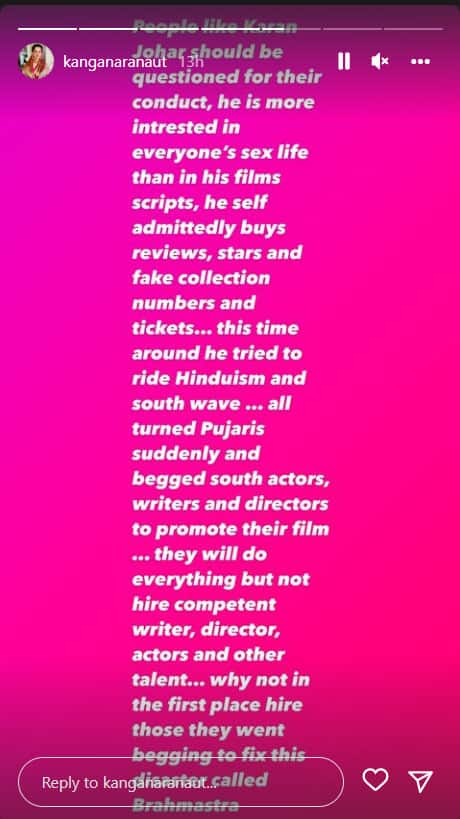 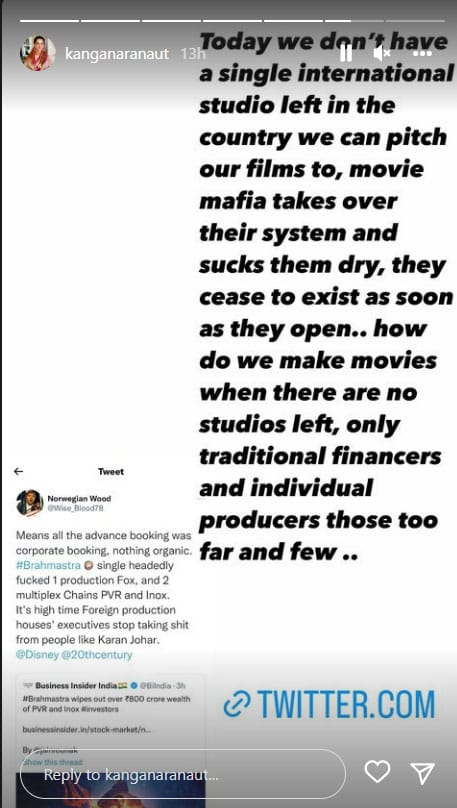 BRAHMĀSTRA: PART ONE, is the story of SHIVA – a young man and protagonist, played by Ranbir Kapoor, who is on the brink of epic love, with a girl named Isha aka Alia Bhatt. But their world is turned upside down because Shiva learns that he has a mysterious connection to the Brahmāstra… and a great power within him that he doesn’t understand just yet - the power of Fire.

All eyes are on the first-day collections to give out a clear picture of whether this astraverse can end Bollywood's dry spell at the Box Office or not!