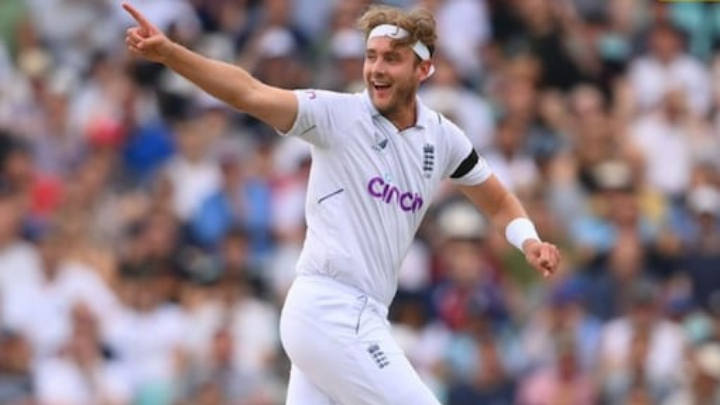 Broad dismissed South Africa skipper Dean Elgar, trapping him lbw for 36 to achieve the milestone. The scalp was Broad’s 564th in Test cricket, surpassing McGrath as the pacer with the second-most wickets in Test cricket.

The 36-year-old now trails his partner James Anderson in the wickets column for pacers, who has 666 wickets to his name. Overall, Broad became the fifth-highest wicket-taker in Test cricket, trailing Muttiah Muralitharan (800), Shane Warne (708), James Anderson (666), and Anil Kumble (619).

His wicket was crucial in the context of the game, with the match evenly poised. England first restricted the visitors to 118, but a brilliant performance from South Africa allowed them to bowl the hosts out for 158 — a lead of 40 runs.

The wicket of Elgar was crucial as the skipper was looking settled at the crease on 36 and looking on course for a big knock. Broad didn’t have to wait long for his 565th scalp, as another lbw dismissal brought him the scalp of Ryan Rickleton.