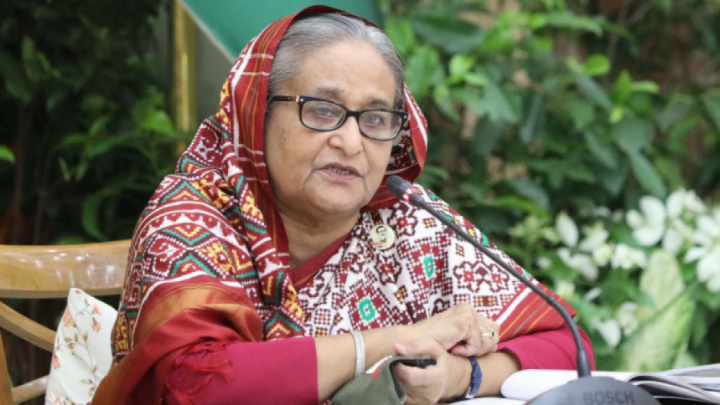 Prime Minister Sheikh Hasina today (September 11, 2022) asked the youths to grow as the worthy citizens of the country acquiring education and technological knowledge for the coming fourth industrial revolution.

"Youths are most important for any nation. I want that the youths of the country will be the worthy citizens by getting education, training and acquiring technological knowledge," she said while addressing an event to mark the distribution of Sheikh Hasina Youth Volunteer Award 2022 in the city.

Youth and Sports Ministry organised the programme at Osmani Memorial Auditorium where she joined virtually.

The government has taken steps to prepare the youths of the country to be ready for Fourth Industrial Revolution which will be mostly technology based.

She described the young people as the builder for 2041 where the government has set a target to make the country developed and prosperous.

Terming youths as the valuable strength of the nation, she said many countries around the world are suffering from not having required young people in their population.

She briefly described various steps of the government to develop the youths as the worthy citizens of the country.

State Minister for Youth and Sports Md Zahid Ahsan Russel on behalf of the prime minister, distributed the awards among the recipients.