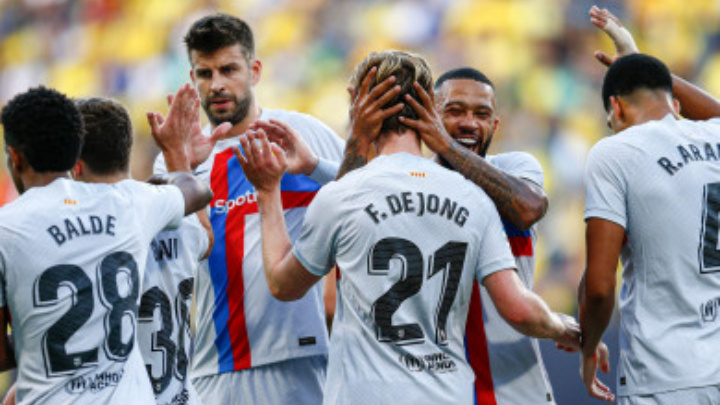 XAVI’S BARCELONA CLIMBED of La Liga with a 4-0 win over rock bottom Cadiz on Saturday in a match interrupted by a medical emergency in the stands.

Barca have 13 points from five matches.

Champions Real Madrid, who have a perfect record so far, can go back to the top Sunday when they take on Real Mallorca. 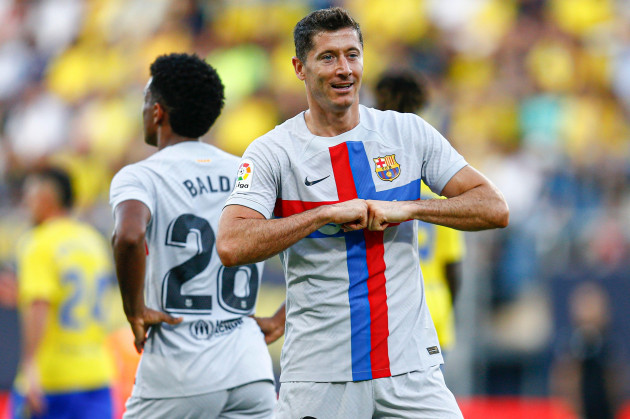 The match was halted in the 82nd minute because of a presumed heart attack in the stands. Cadiz ‘keeper Jeremias Ledesma grabbed a defibrillator from the team bench and sprinted across the pitch to throw it to emergency staff in the stands.

The fan was taken away by ambulance.

Barcelona scored twice more late on, through Ansu Fati on 86 minutes and Frenchman Ousmane Dembele, who made it 4-0 in stoppage time.

Sevilla won 3-2 away at Espanyol for their first victory of the season thanks to a double from Jose Angel Carmona and one goal from Erik Lamela, who also collected a late red card as the visitors hung on for three points.

Rayo Vallecano beat Valencia 2-1 helped by an own goal from Nicolas Gonzalez. Mouctar Diakhaby scored a last-gasp consolation for the visitors.