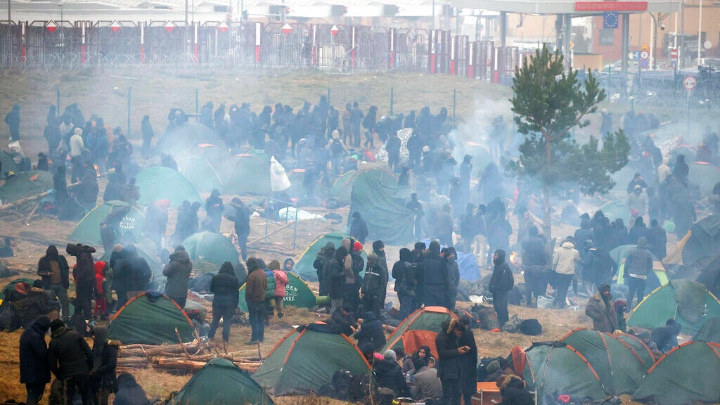 Migrants from the Middle East gather at the Belarus-Poland border in November 2021. The migrant crisis is one of several global crises that have set back human development, according to the United Nations. © Leonid Shcheglov/BelTA via AP

A United Nations report published Thursday argues that an unprecedented array of crises, chiefly among them Covid-19, has set human progress back five years and fueled a global wave of uncertainty.

The UN Development Program (UNDP) says that for the first time since it was created over 30 years ago, the Human Development Index, a measure of countries' life expectancies, education levels, and standards of living, has declined for two years straight, in 2020 and 2021.

"It means we die earlier, we are less well educated, our incomes are going down," UNDP chief Achim Steiner told AFP in an interview.

"Just under three parameters, you can get a sense of why so many people are beginning to feel desperate, frustrated, worried about the future," he said.

COVID19, climate change, conflicts, cost of living – crisis are stacking up
Uncertainty is our new normal
9/10 countries face a decline in #Humandevelopment

What is holding us back from making choices for the future we need? https://t.co/D8hgEUKray pic.twitter.com/rAelr9RoGa

The Human Development Index has steadily risen for decades, but began sliding in 2020 and continued its fall in 2021, erasing the gains of the preceding five years, the paper says.

The report points to the Covid-19 pandemic as a major driver of the global reversion, but also says that a compounding number of crises, political, financial and climate-related, have not allowed time for populations to recover.

"We've had disasters before. We've had conflicts before. But the confluence of what we're facing right now is a major setback to human development," said Steiner.

The setback is truly global, impacting more than 90 percent of countries around the world, according to the study.

Switzerland, Norway and Iceland all retain their spots at the top of the list, while South Sudan, Chad and Niger sit at the bottom. 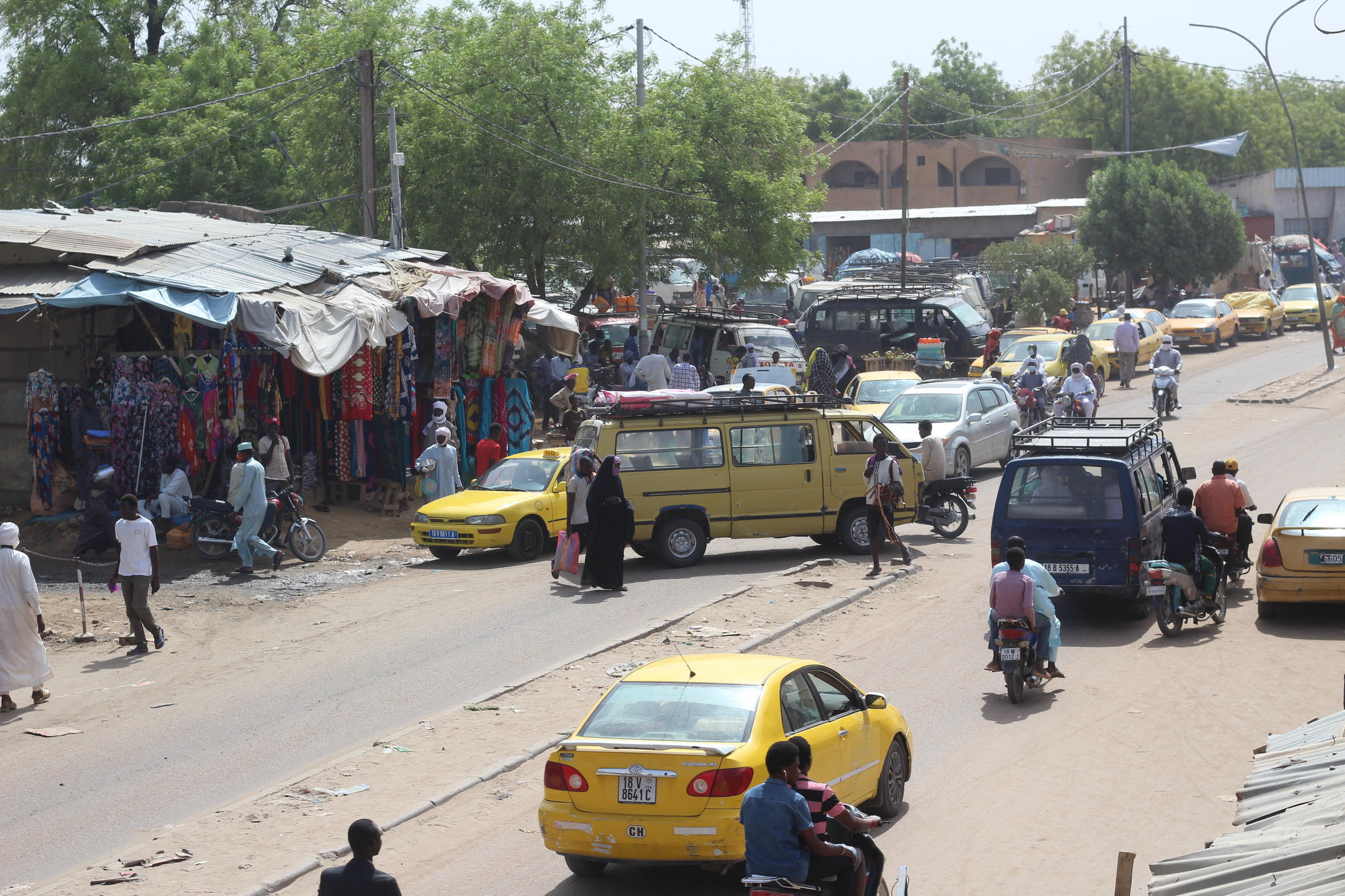 A general view of a street in N'Djamena, Chad, on April 21, 2021. Chad is at the bottom of the UN Development Index, together with South Sudan and Niger. © Djimet Wiche/AFP

And while some countries had begun to recover from the pandemic, many others in Latin America, sub-Saharan Africa, South Asia and the Caribbean had not yet turned the corner before a new crisis hit: the war in Ukraine.

While the fallout from Russia's invasion of Ukraine on food and energy security has not yet been calculated into this year's index, "without any doubt, the outlook for 2022 is grim," Steiner said.

A large contributor to the Human Development Index's recent decline is a global drop in life expectancy, down from 73 years in 2019 to 71.4 years in 2021. 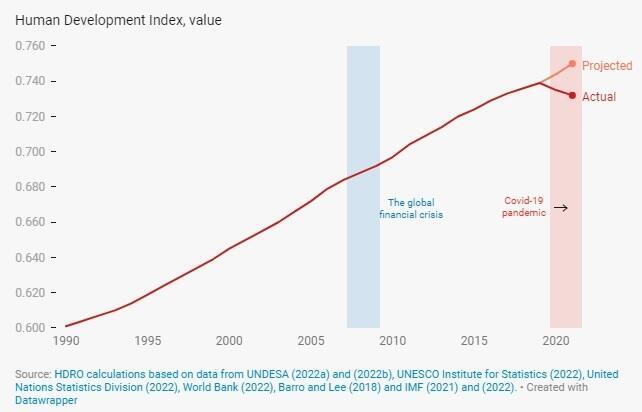 The UN Human Development Index has declined for two years straight, in 2020 and 2021. © UNDP

The report's lead author, Pedro Conceicao, described the decrease as an "unprecedented shock," noting that some countries, including the United States included, had drops of two years or more.

The report also describes how transformational forces, such as climate change, globalization and political polarization, present humanity with a complex level of uncertainty "never seen in human history," leading to rising feelings of insecurity.

"People have lost trust in one another," said Steiner.

The report strikes a positive note as well, saying that improvements could be made by focusing on three main areas: investments in renewable energy and preparation for future pandemics, insurance to absorb shocks, and innovations to strengthen the capacity to cope with future crises.

Steiner also called for a reversal in the recent downward trend of development assistance to the most vulnerable countries.

Continuing down that road would be a grave error, said Steiner, and "underestimates the impact it has on our ability to work together as nations."