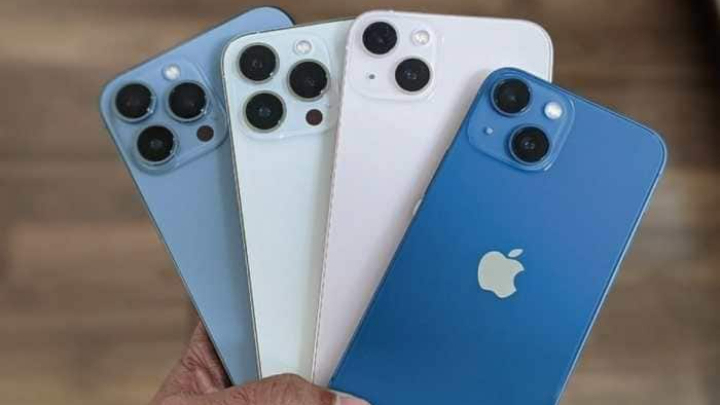 The base 128GB storage model of the iPhone 13 from last year is currently available in India for Rs 69,900.

The base 128GB storage model of the iPhone 13 from last year is currently available in India for Rs 69,900. During the upcoming Flipkart and Amazon festive sales the following week, you might be able to purchase the iPhone 13 for a significant discount. Over its sticker price of Rs 79,900, the iPhone 13 has received a discount of Rs 10,000. Users can use the trade-in feature on Apple's official website to further lower the price.

On the other hand, the price of the iPhone 12 has dropped to Rs 59,990 from Rs 79,900, a savings of almost Rs 20,000. The cost of the iPhone 12 is lower on Amazon, and you can anticipate discounts during the upcoming Flipkart and Amazon sales.

The iPhone 12 Mini and iPhone 13 Mini have both been dropped by Apple. The iPhone 14 series is Apple's first without a "Mini" model. The company has instead introduced an iPhone 14 Plus with a bigger screen.

The Apple iPhone 14 series, which includes some new features, was unveiled last night at the company's Far Out event. The iPhone 14 Plus is a brand-new model with the same specifications as the standard iPhone 14, but with a larger 6.7-inch display. The "Mini" iPhone that we saw with the iPhone 12 and iPhone 13 series has been replaced by the iPhone 14 Plus.

On the other hand, the Apple iPhone 14 Pro and iPhone 14 Pro Max feature a significant redesign. The notch is finally gone from the latest premium iPhone models, which now have a pill-shaped hole punch that Apple refers to as a Dynamic Island.