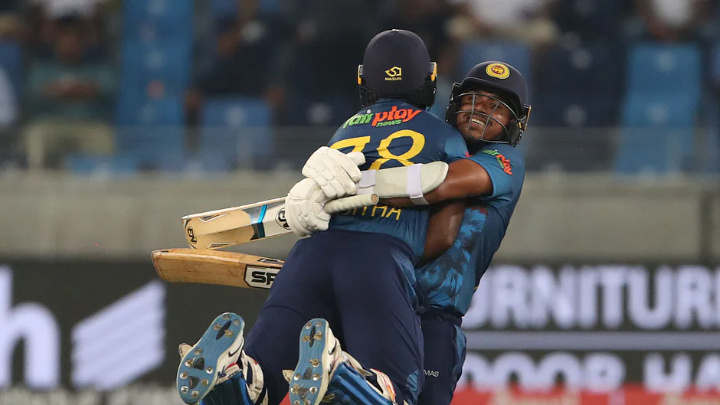 Sri Lanka's Asitha Fernando (L) and Maheesh Theekshana celebrate their win over Bangladesh in the Asia Cup Group B match at the Dubai International Cricket Stadium in the UAE on 1 September, 2022AFP

In a way, Sri Lanka are the party-poopers of this year’s Asia Cup.

It is quite obvious from the grouping and the formatting of the competition that the organisers wanted an India-Pakistan final.

An India-Pakistan final, which has never happened in Asia Cup, was sure to grab more attention, boost ticket sales, guarantee a spike in TV ratings and allow the Asian Cricket Council (ACC) to fill their coffers with advertising revenue.

India and Pakistan clashed twice in this year’s edition. India won the group-stage bout while Pakistan bounced back with a win in the Super 4.

The stage was set for a third and deciding match between the arch-rivals in the final.

But Dasun Shanaka and his teammates spoiled everyone’s plans.

Sri Lanka, who barely scraped past Bangladesh to make it to the Super 4 stage, defeated Afghanistan, India and Pakistan in the Super 4 and are heading into the final as the team in form.

Sri Lanka will now vie against Pakistan on Sunday in a bid to win their sixth Asia Cup.

Before the tournament, Sri Lanka was considered one of the weaker teams in the competition, and rightfully so. 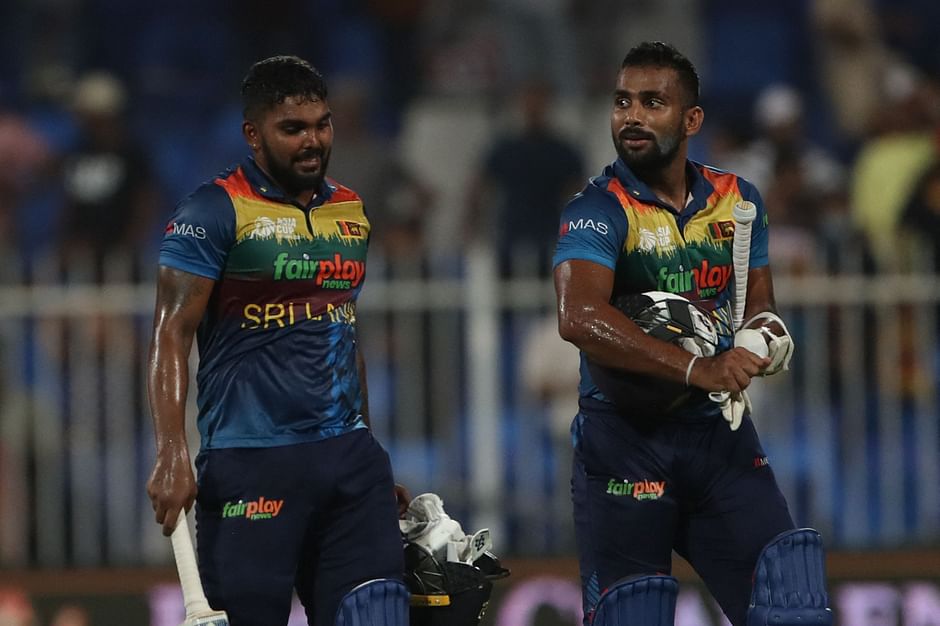 In the 10 T20Is before Asia Cup, Sri Lanka had just one victory to their name. They also started the tournament poorly, getting absolutely thrashed at the hands of Afghanistan by eight wickets in the tournament opener.

Against Bangladesh, Sri Lanka managed to eke out a two-wicket victory. But for that win, the islanders have to thank Bangladesh’s undisciplined bowling and them gifting Sri Lanka’s star batter Kusal Mendis no less than four lives.

Before the Super 4 stage, India and Pakistan were favourites to make it to the final and Afghanistan were expected to give them a tough fight. Not much was expected of Sri Lanka.

But Sri Lanka flipped the script, winning two last over thrillers against Afghanistan and India before winning against Pakistan in the dress rehearsal of the final, to emerge as the most dominant team in the Super 4 stage.

Going plainly by pre-tournament stats, Sri Lanka’s journey to the final of the Asia Cup seems surprising to say the least.

But stats can often be misleading. The reality is that Sri Lanka has been gradually improving in the format for some time.

In the 11 T20Is Sri Lanka played this year before the Asia Cup, they won just two. But both of those victories came against Australia. The second one was at home and the first one was in Melbourne, Australia.

Moreover, they also took Australia to the limit in a T20I in Sydney when both teams finished on 164 after their allotted 20 overs. Sri Lanka eventually lost that match in a super over.

Sri Lanka had a plan in place and a group of exciting, albeit inconsistent, players at their disposal. Defeats kept piling up. But that didn’t faze the team’s think tank. The management didn’t chop and change the squad, kept faith in its players and now reaping the rewards.

But Sri Lanka’s journey to the final proves that as a T20I team they are on the right path. And in the ICC T20 World Cup, which begins next month, they might not enter as one of the favourites but will definitely be considered as a dark horse.