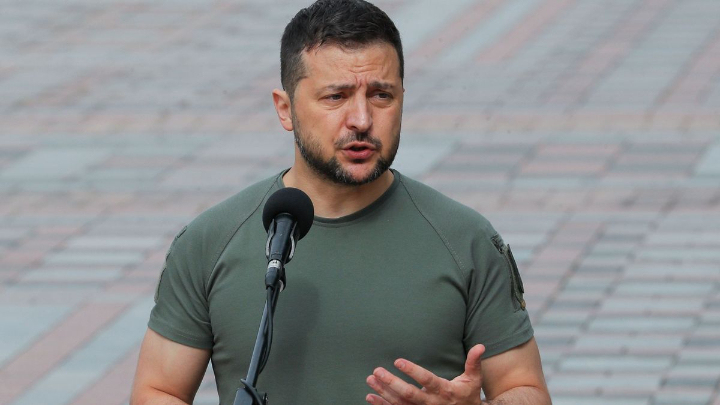 President Zelensky says 2,000 square km of Ukrainian territory has been liberated since the start of a counter-offensive earlier this month

Kyiv: Ukrainian President Volodymyr Zelensky on Saturday said that troops of his country recaptured around "2,000 square kilometres of territory" this month, reported AFP. Mocking, Russia, Zelensky further added that Russian soldiers were doing the right thing by fleeing the counter-offensive launched by the Ukrainian Army.

"For the moment, since the beginning of September, around 2,000 kilometres has been liberated," the Ukrainian president said in his evening address, as quoted by the news agency.

Notably, since the beginning of September, the Ukrainian forces have launched a counter-offensive to recapture territories annexed by Russian troops in the Kharkiv region in the northeast part of the country. Zelensky said that It was a good choice made by Russian soldiers by fleeing. He added that there would be no place for occupiers in Ukraine.

Earlier in the day, Ukrainian forces recaptured Kupiansk in eastern Ukraine. Notably, Kupiansk is located on an important supply route for Russian forces in the east. The town was captured by Russian troops during the early days of the invasion.

The Ukraine Army also appeared to have taken control of Iyzum town in the eastern part of the war-torn country. However, no official announcement has been made so far in this regard. Notably, images surfaced on social media showing Ukrainian troops entering Iyzum. The pre-war population of this town was around 45,000.

Russia started its military operation in Ukraine on February 24 this year. The fighting has now intensified in the eastren and northeastern parts of Ukraine. Ukrainian troops have made unexpected gains in the region in the past few days.