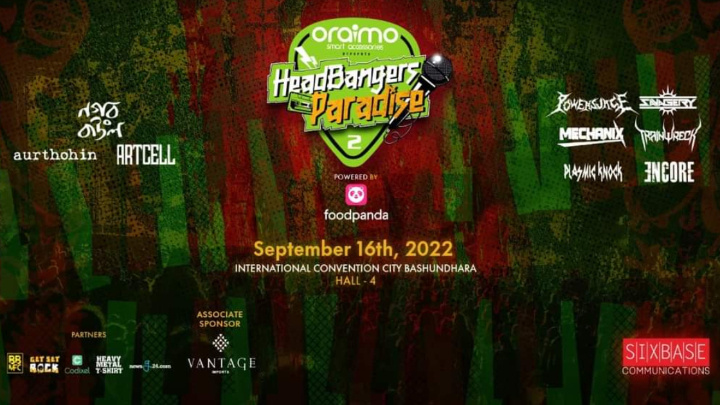 Headbangers Paradise 2 concert, organised by Six Base Communication, is set to be held on September 16 at the International Convention City Bashundhara (ICCB) in the capital.

After the first concert in Chattogram in July this year, the second one, powered by Oraimo and Foodpanda, is coming up with a star-studded line-up, UNB reports.

The showstopper of this concert is going to be rock icon James' Nagarbaul, Aurthohin, and Artcell. Powersurge, Mechanics, Trainwreck, Savagery, Plasmic Knock, Encore and Arekta Rock Band will also share the stage with them.

The prices of the tickets range from Tk550 (regular) and Tk1250 (VIP). Tickets are currently available on the Get Set Rock website.