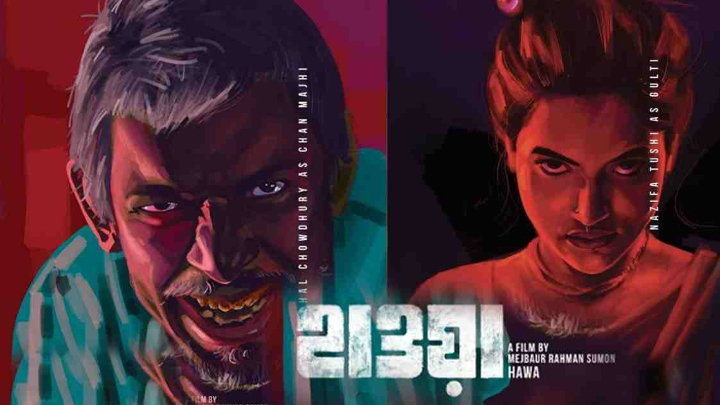 After conquering hearts in Bangladesh, Mejbaur Rahman Sumon’s film “Hawa” is now thriving in the United States, currently placing at 27th spot among the top 30 films in US box office.

On September 2, the film premiered in 73 theaters in US and 13 in Canada.

This is the first time a Bangladeshi movie has ranked in the top 30 in US box office, according to Md Waliullah Sajib, President of Swapna Scarecrow Bangladesh, which is the distributor of the film in North America, UNB reports.

“Hawa” is the second Chanchal Chowdhury-starring movie that has been commercially successful in North America. The 2018 film “Debi”, starring Chanchal and Jaya Ahsan, secured a lifetime box office collection of $125,414.

“We observed a whirlwind by 'Hawa' in the US box office, thanks to the enthusiasm of the Bangladeshi audience in Canada and the United States. We had no idea the response would be as intense as it was,” according to Sajib.

Following a “bede” (gypsy) woman who is rescued and sheltered on a fishing boat that has become stranded in the middle of the sea while narrating a story in the style of magic realism, the film features an ensemble cast including Chanchal Chowdhury, Nazifa Tushi, Sariful Islam Raaz, Sumon Anwar, Nasir Uddin Khan, and Sohel Mondal in the lead roles.

The screenplay was written by Sukarna Sahed Dhiman, Zahin Faruq Amin, and Sumon, while Sumon wrote the story and dialogue for the movie.

“Hawa” has been produced by Sun Music and Motion Pictures. Jazz Multimedia is the distributor of the film in Bangladesh.