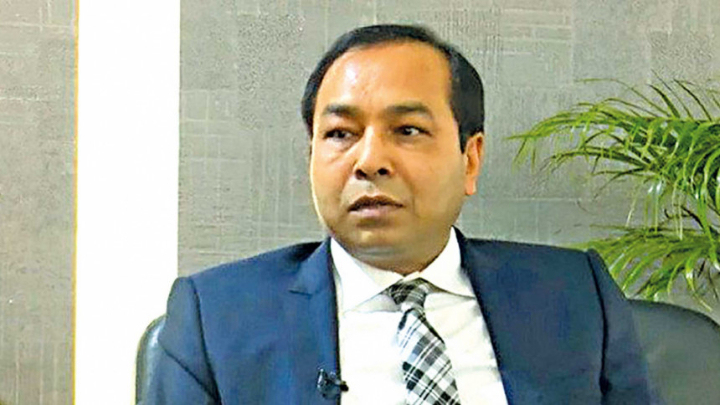 A Dhaka court today framed charges against former managing director of NRB Global Bank Proshanta Kumar Halder, known as PK Halder, and 13 others in a case filed over laundering Tk 80 crore to Canada and amassing about Tk 426 crore illegally.

Sukumar Mridha, his daughter Anindita Mridha, Abantika Baral, Shankha Bepari, now in jail, pleaded not guilty and demanded justice after Judge Mohammad Nazrul Islam of the Special Judge's Court-10 of Dhaka read out the charges to them.

Earlier in the day, the judge dismissed the petitions submitted for discharging the four from the charges of the case.

The judge rejected a bail of Sukumar and Anindita after their lawyers moved it.

PK Halder and nine others were shown "fugitives" in the charge sheet and charges were framed against them in their absence.

The judge issued arrest warrants against PK Hakder and nine others and fixed September 22 for starting trial of the case.

This is the first ever case that charge was framed PK Halder who is an accused in over 20 cases, ACC Public Prosecutor Mir Ahmed Ali Salam told The Daily Star.

Among the arrestees, Sukumar, Shankha and Anindita gave confessional statements before magistrates on different dates.