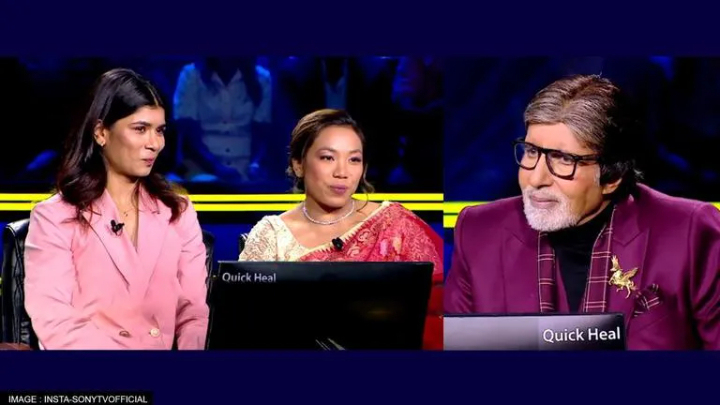 The fourteenth season of Kaun Banega Crorepati kicked off earlier this week with a star-studded event. The questions, prizes, and fun-filled moments have been entertaining fans since the launch of the latest season. In the upcoming episode of KBC 14, people will witness the appearance of Gold medalists-- weightlifter Mirabai Chanu and boxer Nikhat Zareen.

In an upcoming promo of KBC 14, actor-host Amitabh Bachchan could be seen interacting with weightlifter Mirabai Chanu and boxer Nikhat Zareen. In the clip shared on Instagram, Mirabai Chanu can be seen requesting Big B to perform his iconic ‘Vijay Dinanath Chauhan’ monologue from his film Agneepath.

Meanwhile, in the upcoming episode, both the gold medalists will be seen playing the game. However, in one of the scenes, Zareen will be seen talking about an incident when she was beaten with a bleeding nose during a wrestling match. Zareen also disclosed that after seeing her injured, her mother started crying and expressed concern for the athlete’s marriage. Moreover, the episode will be telecast on the Sony channel on September 5, 2022.