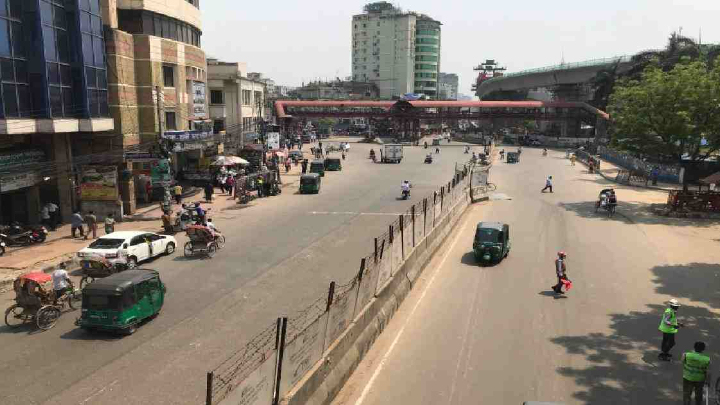 With an air quality index (AQI) score of 77 at 9.10am on Wednesday, the densely populated metropolis ranked 24th in the list of world cities with the worst air quality.

An AQI between 50 and 100 is considered ‘moderate’ with an acceptable air quality. However, there may be a moderate health concern for a very small number of people who are unusually sensitive to air pollution.

Dhaka has long been grappling with air pollution issues. Its air quality usually turns unhealthy in winter and improves during the monsoon.

With the advent of winter, the city’s air quality starts deteriorating sharply due to the massive discharge of pollutant particles from construction work, rundown roads, brick kilns and other sources.

Air pollution consistently ranks among the top risk factors for death and disability worldwide. Breathing polluted air has long been recognised as increasing a person’s chances of developing a heart disease, chronic respiratory diseases, lung infections and cancer, according to several studies.