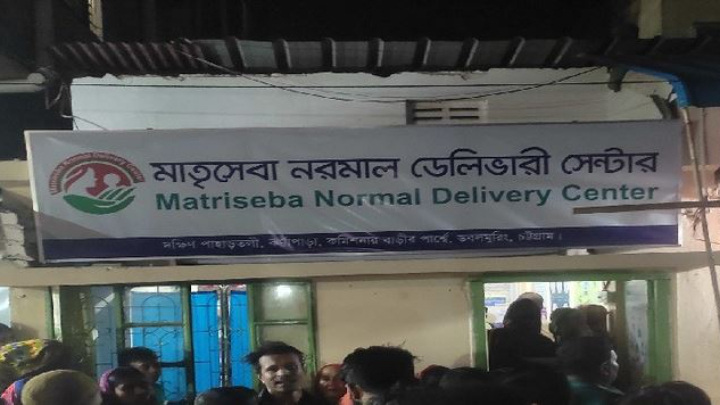 A newborn twins have died at a private clinic in Chittagong on Tuesday due to lack of oxygen as their father failed to pay the hospital bill on time.

An aggrieved father has blamed the clinic where his wife gave birth for the subsequent deaths of the newborn twins, within hours of being born on Tuesday.

The victims' father Md Monir, a tempo driver, said his wife was admitted to the clinic when she went into labour on Tuesday noon.

"My wife gave birth to twins around half an hour after she was hospitalised," said Monir, adding that the clinic asked him to shift the babies to Chattogram Medical College Hospital (CMCH) for better treatment.

"Though the clinic demanded Tk 10,000 for their service, I paid Tk 5,000 since the babies were delivered normally," he added.

While he was engaged in arguing over this with the clinic authorities, the babies apparently died due to lack of oxygen. Monir blames the clinic for not letting him go and take his children to CMCH without paying the full amount.

He claimed his newborn babies had died due to negligence of doctors and nurses of the clinic.

Md Sakhawat Hossain, the OC of Double Mooring police station, said a team was dispatched to the clinic as soon as they learned about the incident, and they eventually brought the situation under control.

The clinic was put under lock and key and four staff members were detained by police.

OC Sakhawat said that legal action will be taken once allegations are filed officially with police.