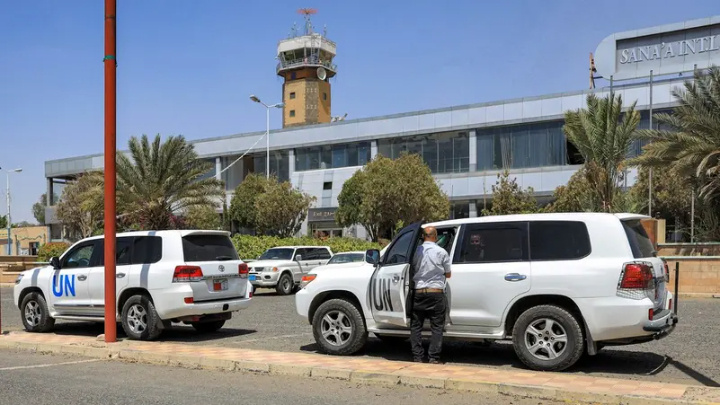 Al-Qaeda’s Yemen branch released a video on Saturday showing a United Nations worker who was abducted in the war-torn country more than six months ago, the SITE Intelligence Group reported.

Five UN staff members were kidnapped in Yemen’s southern province of Abyan in February while returning to the port city of Aden “after having completed a field mission,” UN spokesperson Eri Kaneko told AFP at the time.

In Saturday’s video message, apparently recorded on August 9, Akam Sofyol Anam, identified by SITE as Bangladeshi, urges “the UN, the international community, the humanitarian organizations, to please come forward... and meet the demands of my captors,” without outlining the demands.

He said he was facing “serious health trouble,” including heart problems, and needed “immediate medical support and hospitalization,” according to SITE, which monitors extremist activity.

Anam, who SITE identified as the “director of the United Nations Office of Security and Safety in Yemen,” said he and four colleagues were kidnapped on February 11.

Yemen has been gripped by conflict since the Iran-backed Houthis took control of the capital Sanaa in 2014, triggering military intervention by the Arab Coalition in support of the government the following year.

Hundreds of thousands have died, directly from fighting as well as indirectly, and millions have been displaced in what the UN has called the world’s worst humanitarian crisis.

Al-Qaeda in the Arabian Peninsula (AQAP) and fighters loyal to ISIS have thrived in the chaos.

“The United Nations is in close contact with the authorities to secure their release,” its spokesperson had said after the workers’ abduction in February.

Formed in a merger of al-Qaeda’s Yemen and Saudi branches, AQAP has carried out attacks on both rebel and government targets in Yemen as well as foreigners.

It has also been accused of plotting attacks beyond the Middle East and its leaders have been targeted by a US drone war for more than two decades, although the number of strikes has dropped off in recent years.

Yemen’s warring parties have been observing a ceasefire since April, bringing a drastic reduction in hostilities although small-scale fighting has continued.