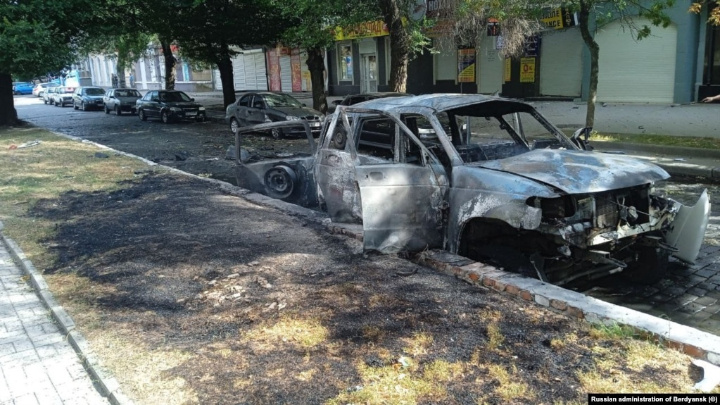 A pro-Kremlin official in the Russian-controlled port city of Berdyansk in southern Ukraine was “seriously” injured in a car blast today, Moscow-installed authorities said.

The car of city commandant Artem Bardin exploded in “the very centre of Berdyansk”, Moscow-installed official in Zaporizhzhia Vladimir Rogov said on social media, calling the incident a “terrorist attack”.

Bardin is in a “serious condition and has been hospitalised”, according to Rogov.

In the past months, several officials installed by Russian forces in Moscow-controlled territories in Ukraine have been killed or wounded in attacks.

Kyiv has not formally claimed responsibility for these attacks.

In late August, Alexei Kovalev, a former lawmaker who switched allegiance and became a senior official in the Russian-installed administration, was shot dead.

Ukraine has claimed its first gains in a counter-offensive against the Russian army in the south, saying it has recaptured several areas and destroyed multiple targets.

Russian-installed authorities in the occupied Ukrainian region of Kherson yesterday hinted at delays in southern Ukraine referendum plans amid the counter-offensive.