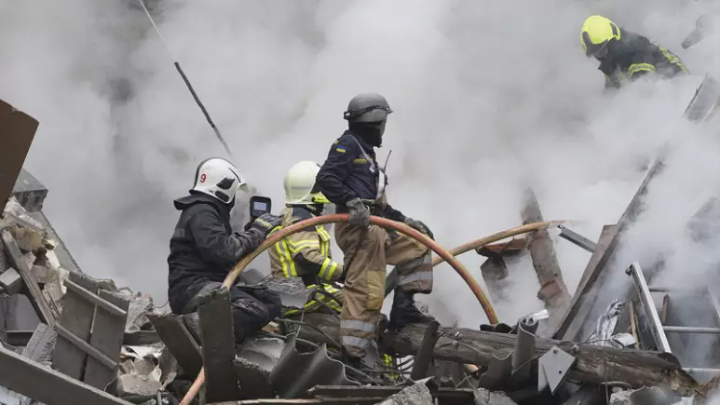 President Vladimir Putin on Monday approved a new foreign policy doctrine based around the concept of a "Russian World", a notion that hard-line conservatives have used to justify intervention abroad in support of Russian speakers.

The Russian President assented to the 31-page "humanitarian policy" which aims to "protect, safeguard and advance the traditions and ideals of the Russian World."

Among the goals that the document outlined are the strengthening of ties with eastern Ukraine's war-torn separatist entities, the self-proclaimed Donetsk People's Republic and Luhansk People's Republic; fostering closer links to Abkhazia and Ossetia, two Georgian breakaway regions whose independence is recognised by Moscow; and to develop a closer relationship with Slavic nations, China and India, as well as African, Middle Eastern and Latin American countries.

Putin has for years been highlighting what he sees as the tragic fate of some 25 million ethnic Russians who found themselves living outside Russia in newly independent states when the Soviet Union collapsed in 1991, an event he has called a geopolitical catastrophe.

Moscow has also continued to regard the former Soviet satellite regions, from the Baltics to Central Asia, as part of its legitimate sphere of influence - a notion fiercely resisted by many of those countries, as well as by the West.

The new document has stated that Russia's ties with its compatriots abroad allowed it to "strengthen on the international stage its image as a democratic country striving for the creating of a multi-polar world." 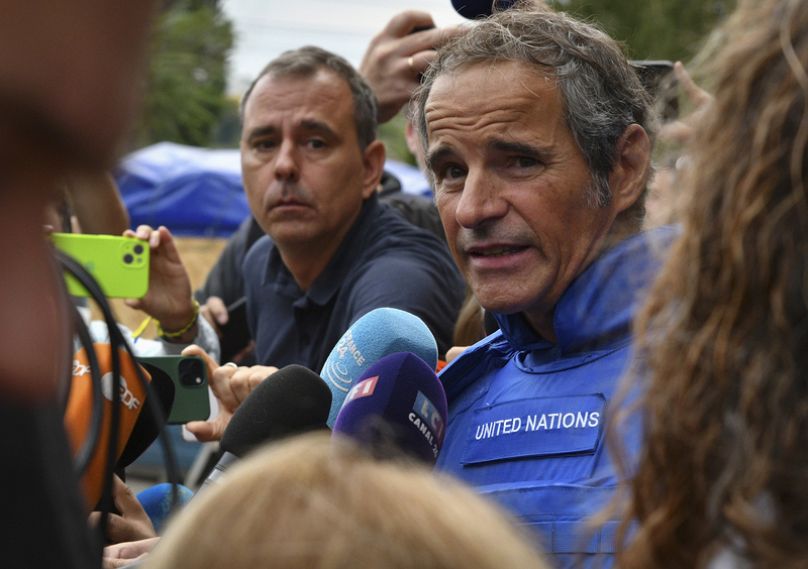 Tensions have risen at the Zaporizhzhia nuclear plant in southern Ukraine as shelling has augmented the risk of a potential radiation disaster.

The plant - which is run by Ukrainian employees, but has been under Russia’s control since it was captured in early March, shortly after Moscow’s invasion - is being investigated by the International Atomic Energy Agency (IAEA), a United Nations watchdog.

Russia and Ukraine have accused each other for weeks of endangering the safety of Zaporizhzhia - and, by extension, Europe - by launching attacks at and near the plant. But until now, no independent third party has been able to establish who has inflicted what damage on the plant.

On Tuesday, the IAEA released a highly anticipated report which called for the establishment of a 'safety zone around the plant and better working conditions for staff, while not directly attributing either side to the shelling. IAEA chief Rafael Grossi led the mission last week and two IAEA staff remain on-site monitoring the situation.

On Monday, Zaporizhzhia was disconnected from Ukraine’s grid. The President of Ukrainian state energy company Energoatom, Peter Kotin, warned in a Financial Times interview that "anything could happen at any time" and that the current situation could "bring us to nuclear catastrophe."

The IAEA reported on Monday that, in spite of Zaporizhzhia’s disconnection, it "continues to receive the electricity it needs for safety from its sole operating reactor." The nuclear plant is designed in such a way as to withstand heavy impacts, but a disruption of the water cooling systems could potentially result in a radiation leak. 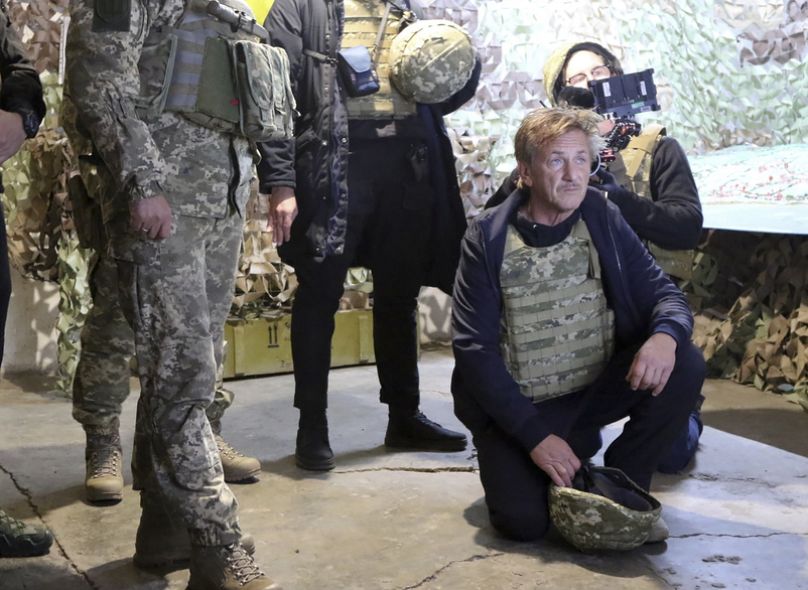 Russia imposed personal sanctions Monday on 25 Americans, including actors Sean Penn and Ben Stiller, in response to American sanctions against Russia over its invasion of Ukraine.

The politicians, businesspeople, and academics on the list would be banned permanently from entering Russia, according to the country’s Foreign Ministry. Individuals like Penn and Stiller have been vocal critics of Moscow’s war.

Others on the sanctions list include US Commerce Secretary, Gina Raimondo, and American Senators Mark Kelly and Kyrsten Sinema of Arizona, Kevin Cramer of North Dakota, Mike Rounds of South Dakota, Rick Scott of Florida, and Pat Toomey of Pennsylvania.

US intelligence is claiming that Russia is buying artillery shells and rockets from North Korea, as reported in an article published by the New York Times on Monday.

"The Russian Ministry of Defence is in the process of purchasing millions of rockets and artillery shells from North Korea for use on the battlefield in Ukraine," stated one official - who asked to remain anonymous - by email, who also claimed that the Russian armed forces "suffer from severe supply shortages in Ukraine, due in part to export controls and sanctions."

US government officials were quoted by the New York Times as stating that such purchases were evidence of the effectiveness of Western sanctions, by diminishing Russia's ability to sustain an invasion which the Kremlin still describes as a "special military operation."

The declassified intelligence report, nonetheless, did not offer specific details about the exact purchases, other than how the items included rockets and artillery shells. 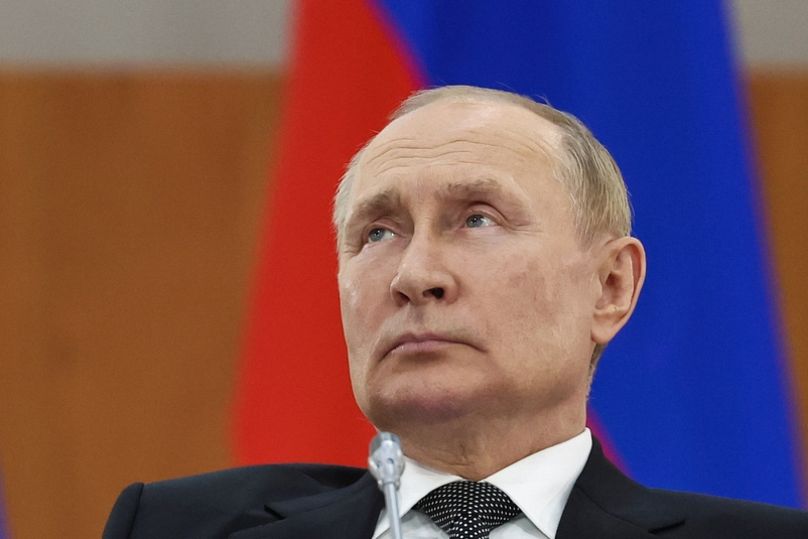 Vladimir Putin was captured in an awkward encounter with his military chief of staff on Tuesday as he inspected war games in Russia's far east.

The Zvezda military news service published a video of Putin and chief of staff General Valery Gerasimov entering an observation booth, sitting down with a wide space between them and maintaining an uncomfortable silence while waiting for Defence Minister Sergei Shoigu to arrive.

The awkward body language between the two - as Gerasimov stroked his hair and shuffled papers, and Putin picked up and peered through a pair of binoculars - has been scrutinised by analysts and politicians throughout the world.

In a separate clip, the mood appeared lighter as Putin and Shoigu were shown exchanging a joke while Gerasimov spoke on the phone.

Gerasimov has been almost absent from public view during the 195 days of Russia's war in Ukraine, prompting speculation about his standing with Putin and even at times about his health.

By proceeding with the four-yearly "Vostok" (East) war games, which started on 1 September, Putin appeared to be sending a signal that Russia's military is able to conduct business as usual despite the war’s tolls.

The Russian defence ministry reported that the exercises involved 50,000 troops, around one-sixth of the figure that was cited in 2018. Western military analysts deem both numbers to be exaggerated.

Three civilians in Ukraine’s Kharkiv region were killed by a Russian missile attack, the regional governor said on Tuesday.

Those reported to have died are a 73-year-old woman from Kharkiv city and two men from the village of Zolochiv.

Kharkiv, Ukraine's second-largest city, is close to the Russian border and has been under constant fire throughout the Russian invasion.

"That night, the enemy once again launched a rocket attack on Kharkiv," governor Oleh Synehubov wrote on the Telegram messaging app.