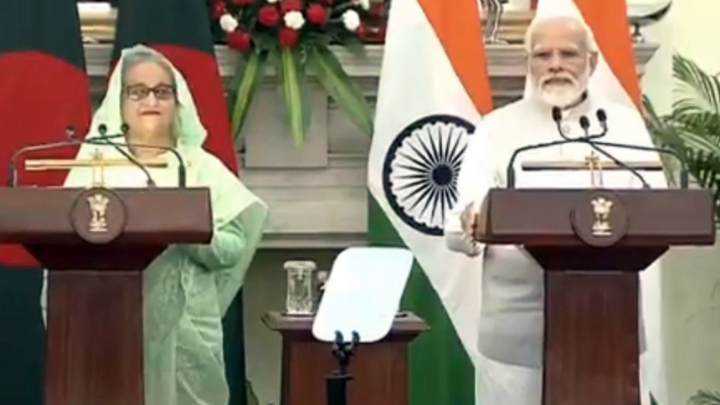 Bangladesh and India today (September 6, 2022) signed seven MoUs demonstrating cooperation in a number of areas including water sharing of the Kushiyara River.

One of the signed MoUs is on withdrawal of 153 cusec water from the Kushiyara River by Bangladesh under upper Surma-Kushiyara project, Sylhet via Rahmipur

The other MoU was signed between National Judicial Academy, Bhopal, India and Supreme Court of Bangladesh.

MoU between Prasar Bharati and Bangladesh Television was also signed.

Meanwhile, another MoU between two sides was signed for cooperation in the areas of space technology.