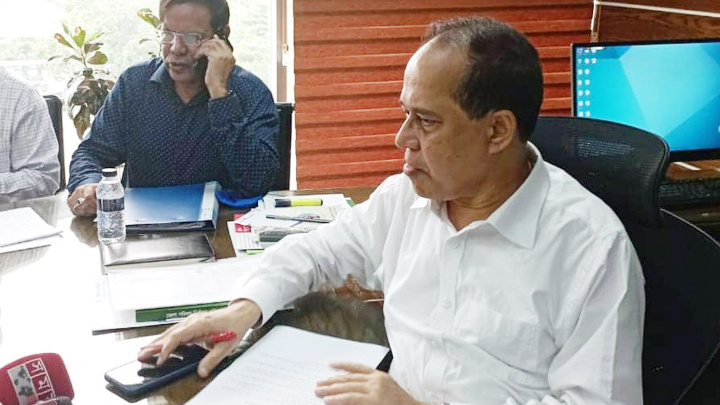 Chief Election Commissioner Kazi Habibul Awal on Monday said that they will not force any political party to take part in the next general election.

“BNP is one of the leading parties in the country. We have no words about what they (BNP) demands. We have no jurisdiction to interfere in their political strategy. We will not force anyone to join in the election,” said the CEC at his office at Nirbachan Bhaban in Dhaka.
Mentioning that Election Commission wants to hold a participatory election, he said, “We want a participatory election. Competitive election creates balance.”
The CEC urged all political parties to join in the next general election actively. “Keep your trust on Election Commission. We will not force anyone to take part in election.
He said if BNP participate in the election it will be more participatory. “We do not have any words regarding what BNP wants now. But we will move forward on the path of responsibility which is assigned to us. I would not be upset if you remove me from my post tomorrow.”
About Electronic voting machines (EVMs), the CEC said, “We held a meeting about EVM and took a decision on holding election by using EVMs.  Based on the opinion of the political parties, we decided to use EVMs in 150 seats instead of 300, 100, 10 seats.”
He said whether use of EVMs in elections would be possible or not that depend on it is availability.