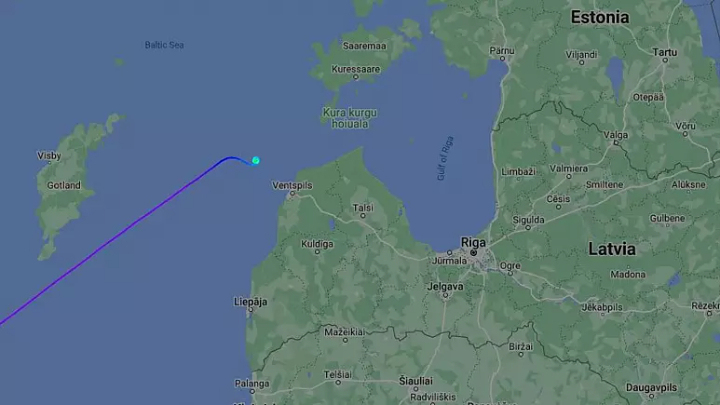 Four passengers were feared dead after a private plane travelling from Spain to Germany crashed into the sea off the coast of Latvia.

It took off from the Spanish city of Jerez on Sunday afternoon and was en route to Cologne.

German newspaper Bild said that the plane had reported shortly after takeoff that there was a problem with pressurization in the cabin.

But authorities lost radio contact with the aircraft soon after, and Spanish and French fighter jets were dispatched to intercept the plane.

But when they reached the plane -- an Austrian-registered Cessna 551 -- they saw nobody sitting in the cockpit, said Bild.

French, German, Danish, and Swedish fighter planes subsequently tried to make contact with the crew of the plane.

The plane turned twice, at Paris and Cologne, before heading straight out over the Baltic, passing near the Swedish island of Gotland before falling into the sea around 19:00 CEST "when it ran out of fuel," Swedish rescue chief Lars Antonsson told AFP.

Bild reported that the plane was carrying the pilot, a man, a woman, and a person it described as a daughter, without sourcing the information.

"Our ships are on the way to the position where the plane crash happened," said Liva Veita, spokesperson of the Latvian Navy.

A Stena Line ferry traveling from Ventspils to Norvik in Sweden was also redirected to the crash site, according to the MarineTraffic website.