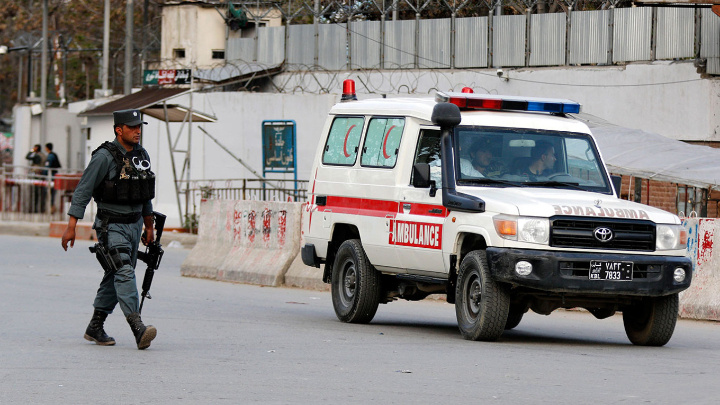 Two employees of Russia's embassy in the Afghan capital Kabul were killed Monday and several people wounded in an attack, the Russian Foreign Ministry said.

"At 10:50 am Kabul time on Sept. 5, an unidentified militant set off an explosive device in the immediate vicinity of the entrance to the consular section of the Russian embassy in Kabul," the ministry said in a statement.

"As a result of the attack, two employees of the diplomatic mission were killed, and there are also Afghan citizens among the wounded."

The Afghan interior ministry told AFP that a suicide attacker was shot dead by Taliban guards at the embassy.

"It was a suicide attack, but before the bomber could reach his target, he was targeted by our forces and eliminated," Afghan Interior Ministry spokesman Abdul Nafy Takor told AFP.

Asked whether the target was the Russian embassy, Takor said: "Yes."

An Afghan civilian was killed and several others wounded in the attack, he said.

"Without any doubt, we are talking about a terrorist act, which is absolutely unacceptable," Kremlin spokesman Dmitry Peskov told journalists.

Violence in Afghanistan has largely declined since the Taliban returned to power last year, but several bomb blasts — some targeting minority communities — have rocked the country in recent months.