The 6a is Google’s latest mid-range device, and it competes with phones such as the Samsung Galaxy A53 and iPhone SE 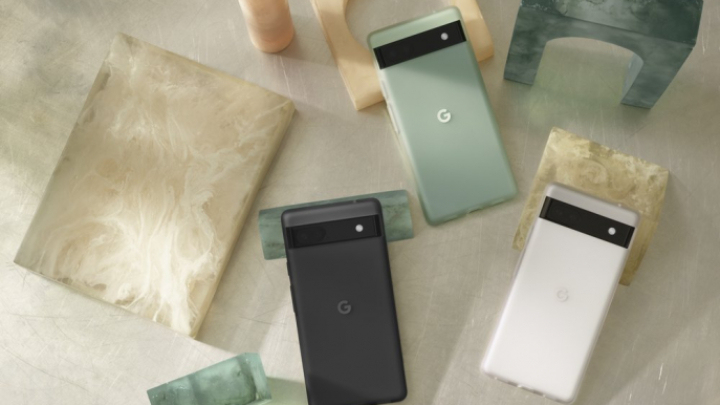 The budget-friendly version of the Pixel 6 and Pixel 6 Pro, the Pixel 6a, has finally arrived. The 6a is Google's latest mid-range device, and it competes with phones such as the Samsung Galaxy A53 and iPhone SE.

If you are a tech enthusiast looking for a solid mid-range Android phone, Google's new Pixel 6a should be at the top of your list.

The refresh rate is quite disappointing as 120 Hz has become the industry standard for quite some time. However, the OLED screen offers some of the deepest blacks and great contrast.

The design is very similar to the flagship Pixel 6 and Pixel 6 Pro, so if you liked the first two you will also love the 6a. The smaller screen makes the phone feel more ergonomic and can be used with just one hand.

The display uses a Corning Gorilla Glass 3. This might be a bummer to those who were expecting the stronger Gorilla Glass Victus on the Pixel 6a, but it is a mid-range offering so it does make sense why Google chose to do this.

The phone features an optical on-screen fingerprint sensor placed on the bottom half of the screen, in contrast to the previous models which had the sensor at the back of the phone.

Instead of using glass, Pixel 6a uses glossy plastic for the back. It gives the phone a sleek look but prevents it from supporting wireless charging.

The processor is easily one of the best things about the device. The Tensor chip that Google developed in-house, which was previously used for the Pixel 6 and Pixel 6 Pro, is now being used in this budget-friendly model.

The Tensor chipset helps with the Pixel's AI and machine learning capabilities. It supports Google's new Magic Eraser feature which lets you erase unwanted objects and people in a photo without leaving a trace. In single and multi-core scores on Geekbench 5, the 6a scored very close to the Pixel 6. One drawback of the Tensor chip is its heat management. During normal activities like browsing, the phone heats up within a few minutes of activity. However, it would be extremely hard for anyone to find a good phone within this price range with a processor as efficient as the Tensor.

The 6a features Google's Pixel UI and Android 12. The experience of navigating through the UI is very fluid with little to no lag. The Tensor in the device makes the software more fluid, just as you expect from a Pixel phone. It also has exclusive access to features that you are not going to find in other Androids, like the Magic Eraser.

The 6a uses a different main camera sensor from the 6 and 6 Pro. For its primary sensor, it uses a 12.2 megapixel Sony IMX363. This is the same camera sensor that Google has been using since the Pixel 2.

However, despite the old hardware, Google still nails it when it comes to camera quality. Due to Google's software optimization, the camera can take photos with great color reproduction and minimal noise. The dynamic range is still on point just like the old models. The night sight feature helps you to take photos in low light conditions.

As for the wide-angle camera, Pixel 6A uses a 12-megapixel IMX386 sensor, which is also used for Pixel 6 and 6 Pro. When taking a photo of a larger subject, the color contrast, and rendition remains almost the same as the main camera. Pixel 6a rocks an eight-megapixel front-facing camera with the same Google optimization. The front-facing camera supports portrait mode with the use of Google's image and facial recognition. Even when it works there are times when the blur will miss out on parts of your hair.

Even though the device has a 4,410 mAh battery, it is still lower than Pixel 5's 4,680 mAh battery. The Tensor is a powerful processor and that is why it uses more power. The device's low screen refresh rate helps combat this, however.

Conclusion
The Pixel 6a overall is a great phone with a good camera, solid build, OLED display, fast processor, and Google's Pixel UI experience. The fingerprint sensor still feels very slow, especially for a Pixel device. But the 6a is still one of the cheapest options available if you want to get your hands on a phone with a Tensor-equivalent chipset.

So if you are willing to look past a few shortcomings, and if you're a fan of the stock android experience, the 6a is a great budget-friendly option for most users.

Price: Starts from Tk 51,999.
Where to buy: You can purchase the device from independent importers such as Dazzle.