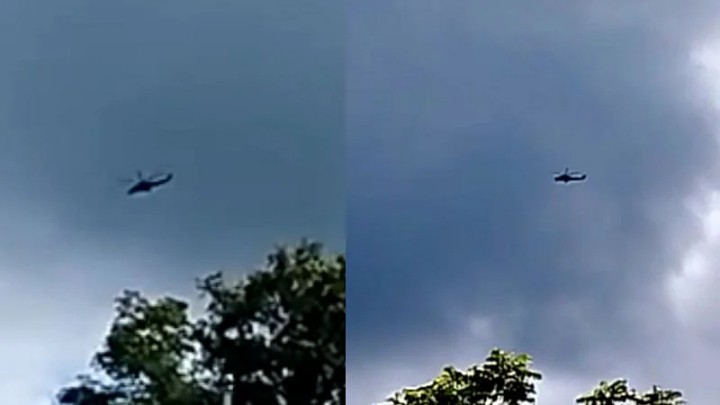 Two shells fired from a helicopter of Myanmar army fall inside Bangladesh territory in Naikhongchhari, Bandarban on 3 September 2022.

Bangladesh on Sunday reiterated deep concern over falling mortar shells inside its territory, indiscriminate aerial firing from Myanmar in the bordering areas, and air space violations from the neighboring country, reports BSS.

"We were told that the incident was not provocative at all ... it was totally unintentional and the shells fell inside the border by mistake", foreign minister AK Abdul Momen told journalists referring Myanmar ambassador to Bangladesh U Aung Kyaw Moe who was summoned by the foreign ministry this morning.

According to the latest report, on 3 September 2022 two mortar shells fell inside Bangladesh between BP 40 and BP 41.

After being summoned the Myanmar ambassador was also told that such activities are of grave threat to the safety and security of the peace-loving people, violation of border agreement between Bangladesh and Myanmar, and contrary to the good neighbourly relationship, a foreign ministry's statement said later.

The ambassador was also urged to ensure that no trespassing of the internally displaced Myanmar Residents takes place from Rakhine.

A diplomatic note was handed over to the Myanmar ambassador in this regard.

The ambassador assured to convey the Bangladesh government's strong position on these incidents to his headquarters.

The Myanmar ambassador was asked to come to the ministry on 21 August and 28 August and protest notes were handed over to him conveying Bangladesh's grave concerns.