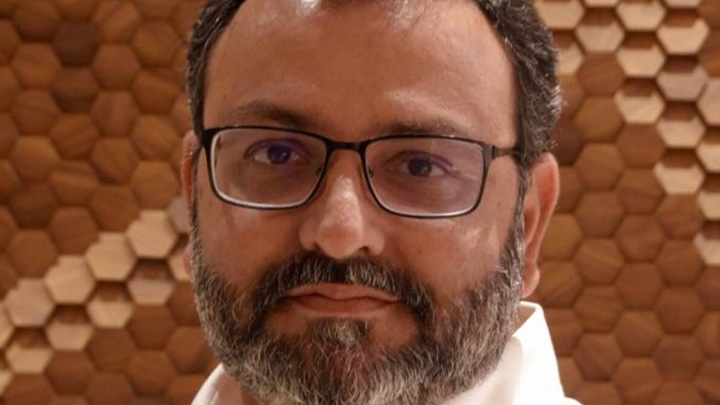 Cyrus Mistry, the former head of Tata Sons, was killed in a high-speed car crash on National Highway 48 in Maharashtra’s Palghar district on Sunday afternoon. Mistry (54) was travelling with three others from Gujarat to Mumbai.

One other person, Jehangir Pandole, Director at KPMG Global Strategy Group, was killed after the car, a Mercedes, veered out of control, hit a road divider, and smashed into a wall on Charoti bridge over the Surya river around 3.15 pm.

The driver of the car, leading Mumbai gynaecologist Dr Anahita Pandole, and her husband Darius Pandole, who was in the front passenger seat, suffered serious injuries in the crash. They were taken to a private hospital in Vapi, Gujarat, where they are in ICU.

Dr Anahita Pandole is the sister-in-law of the deceased Jehangir Pandole. Mistry was behind her in the back seat of the Mercedes car, and Jehangir Pandole was sitting next to him. Both men died of internal injuries.

There were four people in the vehicle, of which two, including Mistry, died on the spot.

A police official from Palghar’s Kasa said: “The two deceased seated in the back were not wearing seat belts due to which their airbags did not deploy. When the car crashed, they got jammed between the front and back seats.”

The Pandoles are family friends of the Mistrys. Darius Pandole is Managing Director & CEO, PE & Equity AIFs-JM Financial. He was earlier on the board of Tata Global Beverages Limited (TGBL), and had resigned after Mistry was ousted from his position in the Tata Group.

Dr Anahita Pandole is also an activist who had filed a Public Interest Litigation (PIL) in the High Court on illegal hoardings across Mumbai.

The three Pandoles had gone to Udvada in Gujarat for a prayer ritual, and Mistry had accompanied them. They were returning to Mumbai on Sunday.

Police Constable Yogesh Avtar took the badly injured Pandole couple to Rainbow Hospital in Vapi. Dr Tejas Shah of the hospital said: “Anahita Pandole and Darius Pandole were brought to our hospital in a very bad condition. Their oxygen saturation levels had dropped and so had their blood pressure. They have a lot of fractures and are in trauma. But their BP and O2 saturation is better now. We are told that a team of doctors is coming from Mumbai to see them.”

Sources in Mumbai said Darius Pandole sustained a bilateral jaw fracture, as a result of which his airway got obstructed. A maxillofacial surgeon pulled out the jaw, and his airway is clear now, and he is stable, a source said.

Dr Anahita Pandole has a fractured hip and and a collapsed lung. She will be airlifted to Mumbai early on Monday, sources said.

The bodies of Mistry and Jehangir Pandole have been kept at a government hospital, and will be brought to Mumbai where a post mortem examination will be done at the state-run JJ hospital.

The mangled remains of the car in which Cyrus Mistry and others travelled. (ANI)

The car being shifted from the accident spot using a crane. (ANI)

There is an old and a new bridge over the Surya river at Charoti, about 120 km from Mumbai, and Dr Anahita Pandole had taken the new bridge. She was speeding, and no other vehicle was involved in the crash, police said.

“They were coming back from Gujarat. Anahita Pandole was at the wheel and was overtaking a vehicle from the left. At the bridge on the Surya river, the road narrows from three lanes to two lanes. She rammed into the edge of the bridge,” Balasaheb Patil, police superintendent of Palghar district, told The Indian Express.

“We suspect there was an error of judgment. The car was overspeeding. No other vehicle was involved in the accident,” Patil said.

Asked how fast the Mercedes might have been travelling, and whether a mechanical failure may have caused the crash, Patil said, “A team from the RTO Department is here. They will ascertain the car’s speed and if it had any mechanical issues.”

Suraj Singh, project director of National Highways Authority of India (NHAI), who has responsibility for NH48, said: “The highway has six lanes. On the way to Gujarat, there are three lanes on the bridge, but on the way to Mumbai, there are two bridges of two lanes each. Drivers have to take a slight turn, which Anahita Pandole may not have taken due to the high speed of the vehicle.”

Singh said no damage had been caused to the bridge, but the crash barrier had some scratches. Maharashtra Deputy Chief Minister Devendra Fadnavis has ordered an in-depth investigation into the crash.

The police said there were no CCTV cameras at the spot, nor was there a camera in the car. The spot is not prone to accidents, and the road is in a good condition, without potholes. The Kasa Police said they were waiting for the forensic report, following which an FIR would be registered against the driver. They said the vehicle is owned by a private finance company.

Police have identified two eyewitnesses to the incident: a person from an automobile workshop and a passing motorist. They are learnt to have told police that they saw the vehicle go out of control, and that no other vehicle was involved in the crash.

Mistry’s sons and other members of the family are in the UK for a family function. They are likely to reach Mumbai on Monday. On Sunday, Mistry’s father-in-law, senior counsel Iqbal Chagla, and his brother-in-law, Justice Riyaz Chagla of the Bombay High Court, were coordinating with the police and Palghar authorities.

Mistry, son of Pallonji Mistry, the owner of Shapoorji Pallonji Group and the biggest stakeholder in the Tata group, was appointed the sixth chairman of Tata Sons in 2012. He was the chairman of the Tata Group from 2012 to 2016, and was the second person outside the Tata family to head the Group. He had effected several changes in business practices, due to which capital expenditure had increased but returns to shareholders had decreased.

A civil engineer who studied at London’s prestigious Imperial College, Mistry was involved in the family’s flagship construction business before he left it to join the Tatas.

Mistry replaced Ratan Tata at the helm of the Group, and his proposed sale of Tata Steel port plant in the UK was seen as harming the goodwill earned by Tata abroad. Mistry was ousted as Tata Sons chairman on October 24, 2016, and was also removed as a director on the board of the holding company on February 6, 2017.

The Tata Group and prominent political figures expressed shock over Mistry’s death and expressed their condolences.

N Chandrasekaran, Chairman, Tata Sons, said in a statement: “I am deeply saddened by the sudden and untimely demise of Mr Cyrus Mistry. He had a passion for life and it is really tragic that he passed away at such a young age. My deepest condolences and prayers for his family in these difficult times.”

Prime Minister Narendra Modi tweeted: “The untimely demise of Shri Cyrus Mistry is shocking. He was a promising business leader who believed in India’s economic prowess. His passing away is a big loss to the world of commerce and industry. Condolences to his family and friends. May his soul rest in peace.”

Deputy CM Fadnavis tweeted, “Shocked and deeply pained to know about the demise of Former Chairman of Tata Sons Shri Cyrus Mistry in an unfortunate accident near Palghar. My deepest condolences to his family, friends and colleagues. Om Shanti. Spoke to DGP and instructed for detailed investigations.”

NCP supremo Sharad Pawar tweeted, “Deeply saddened to hear about the shocking news of the untimely demise of the former Tata Sons Chairman Cyrus Mistry. He was a dynamic and brilliant entrepreneur. We lost one of the brightest star of Corporate World. It is an irreparable loss to Indian Industry. My heartfelt condolences to his family and friends.”

Chief Minister Eknath Shinde said, “It was shocking to hear the news of death of former Tata Sons head Cyrus Mistry. He was not only a successful industrialist but a young and future oriented individual. We have lost a talented industrialist. His death is not only a loss of Mistry family but India’s industrial sector. My heartfelt condolences on his unfortunate demise.”

(With inputs from Jayprakash S Naidu and Rupsa Chakraborty)