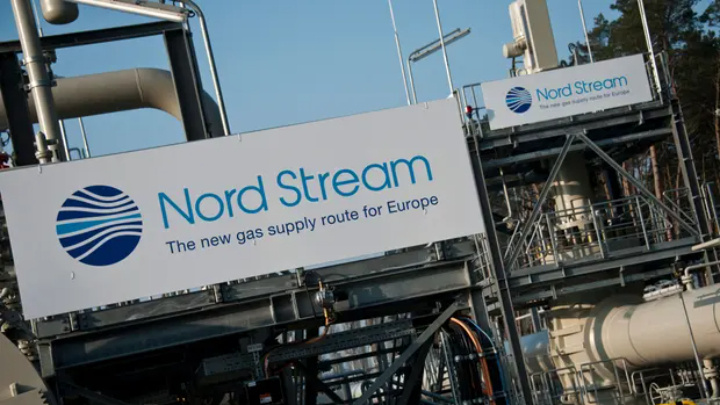 Analysts are expecting gas prices to surge to record highs this week after Russia shut down a key pipeline to Europe.

At the same time, a growing number of UK manufacturers have said they are already cutting production or making job cuts as a direct result of “out of control” energy bills.

Many commentators warned that European prices, which have risen by nearly 400% over the past year owing to lower gas flows from Russia, would go up further when markets open on Monday after Moscow scrapped a Saturday deadline for flows to resume through the Nord Stream 1 pipeline to Germany, saying it had discovered a fault during maintenance.

Nathan Piper, an oil and gas analyst at Investec, said: “We are expecting record gas prices across UK/Europe next week as the impact of long-term restrictions of Russia gas supply is absorbed by the market following the indefinite shutdown of the Nord Stream 1 pipeline.”

He added that the gas price “will remain volatile, and I’d expect a sharp move up tomorrow towards record 700-800p a therm highs.

“However, the key and worrying point is that this is in the middle of summer – prices could move higher as demand increases for heating into winter … A big price jump next week has major implications on the [UK] energy price cap, and the cost for business/industry, who don’t have a price cap at all.”

Tom Marzec-Manser, head of gas analytics at consultancy ICIS, said UK, European and global gas prices were expected to “rally hard” on Monday as markets readjusted to this latest development.

However, his colleague Andreas Schroeder, head of energy analytics at the consultancy, said the impact on the UK “will be less severe than on continental European markets”.

In Britain, it was the case that about 4% of gas and 8% of oil was coming from Russia. However, it was confirmed a few days ago that Britain is importing no energy from Russia for the first time on record after trade between the two countries collapsed after the invasion of Ukraine.

While this means that the UK is in a different situation from highly dependent countries such as Germany, European wholesale markets have a significant knock-on effect on prices paid in Britain. “UK prices are tied to European continental markets to some extent,” said Schroeder.

European leaders have accused Russia of weaponising energy supplies around the invasion of Ukraine, while Moscow blames western sanctions and technical issues for supply disruption.

The Nord Stream 1 pipeline, which runs under the Baltic Sea to Germany, had supplied about a third of the gas exported from Russia to Europe, but was running at 20% capacity before flows were halted for maintenance last week.

The Russian state-owned energy company Gazprom had been expected to restart flows at 20% after the most recent stoppage, leading the benchmark Dutch TTF gas prices to fall back by about 40% from the record high on 26 August, closing at just over €200 (£173) per megawatt hour on Friday.

Record power costs linked to surging gas prices have already forced some energy-intensive industries, including fertiliser and aluminium makers, to scale back production and led EU governments to pump billions into programmes to help households.

The effect of the latest cut would depend on Europe’s ability to bring in gas from other sources, said Jacob Mandel, a senior associate for commodities at Aurora Energy Research.

“Supply is hard to come by, and it becomes harder and harder to replace every bit of gas that doesn’t come from Russia,” he said.

About 13% of the businesses it surveyed said they were now cutting their hours of operation or avoiding production during peak energy price periods, and 7% were stopping production for longer periods. Meanwhile, 12% have already made job cuts.